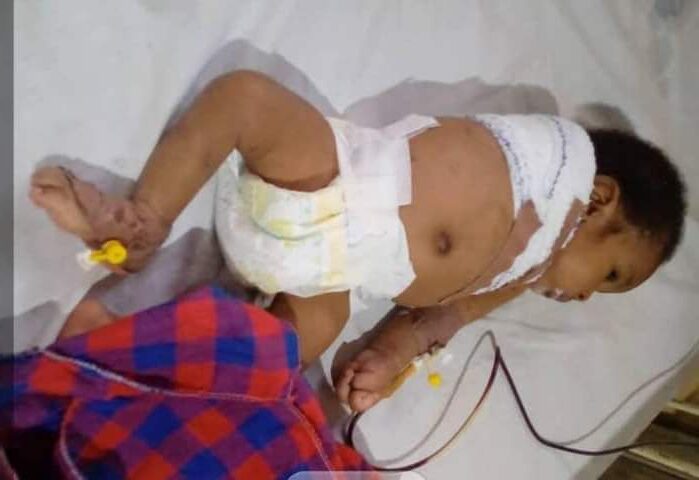 The National Human Rights Commission, NHRC, and the Nigeria Association of Women Journalists, NAWOJ, Imo State chapter, are now mounting pressure on the security agencies to arrest one 31-year-old, Mr Confidence Amatobi, from Amurie in the Isu Local Government Area of the state, for allegedly using a plastic hanger to damage the right arm of his 2-month-old baby, Miracle.

It was gathered on Tuesday in Owerri, that NAWOJ and NHRC, have been collaborating with the security agencies to arrest the suspect.

The reason for the attack on the infant by the suspected father was that the baby was allegedly crying too much and distracting him (the father).

The attack on the baby by the said father, now at large, resulted in the amputation of the right arm of the 2-month-old baby, at the Pediatrics unit of the Federal Medical Centre, FMC, Owerri.

The state chairman of NAWOJ, Dorothy Nnaji, vowed to get justice for the innocent baby.

On how it all happened, she said: “The perpetrator, Mr Confidence Amatobi, who hails from Amurie in Isu L.G.A used a plastic hanger on the baby, simply because he was crying that the 20-year-old mother left the baby to ease herself. He used wood and elastic bands to tie the baby’s hand when he saw that his hand was broken and swollen.

“He locked the mother and baby to prevent her from talking to neighbours or seeking help. He also took her phone from her. After two days she found her way out and sought help from her neighbours.

“The guy was arrested by a vigilante but he escaped. By the time help came, the baby’s hand was already decayed. The only option was to cut off baby Miracle’s right hand.”