Why Geometric power plant, Aba power are in Aba by Bart Nnaji

By EditorOctober 25, 2022No Comments5 Mins Read 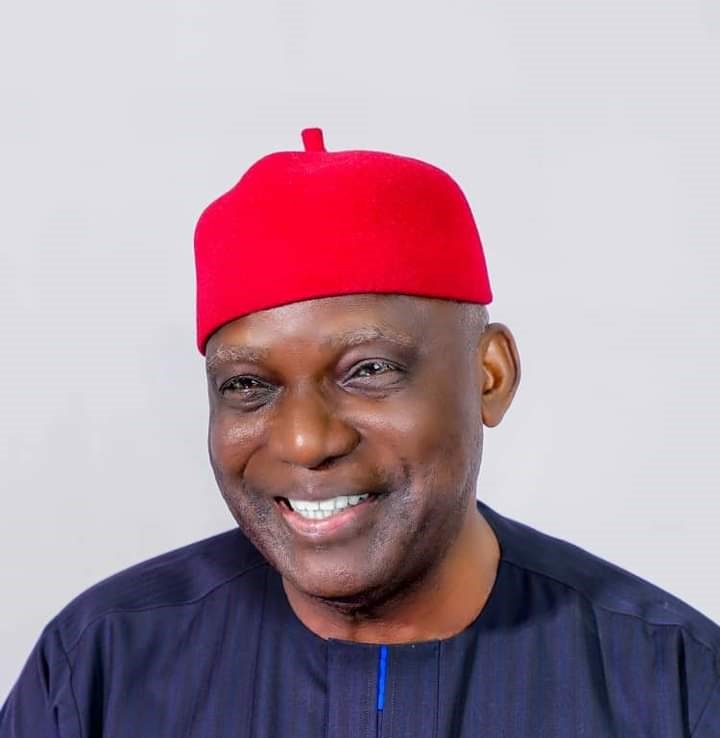 I am passionate about the rapid development of Nigeria, starting with AlaIgbo because of the structural problems it has faced since the end of the Nigerian Civil War in 1970 and also because of its enormous technological and economic potential.

If the 188-megawatt Geometric Power Plant in Aba or the Aba Power distribution firm in Osisioma Industrial Layout had been located in Ikeja or in the Ilupeju the Industrial Estate in Lagos State or in the Agbara Industrial Layout in Ogun State or in or around the Federal Capital Territory of Abuja, we would not have experienced a nine-year tussle over the right ownership of the Aba-Ringed Fence Area which took a toll on the financiers of the $600 million project, the investors, the host community, suppliers, contractors, the Aba business community and the people and government of Abia State.

When Dr Ngozi Okonjo-Iweala was appointed the Minister of Finance in 2003, she invited the then World Bank president, the late James Wolfohnson, to Aba to see, firsthand, Aba’s tremendous economic and technological potential. After the visit in 2004, I was asked by the duo to consider building a 50 megawatt power plant in Abia for manufacturers, both big ones like the Star Paper Mill and small ones like the hundreds of excellent shoemakers and clothiers at the famous Ariaria Market.

They approached me obviously because I had led a small team of dedicated Nigerian engineers and entrepreneurs to build a 22 megawatt Emergency Plant in Abuja in 2001 for the supply of electricity to State House, the NNPC headquarters, the Abuja Business District and other places. I acceded to the request by Dr Okonjo-Iweala and Dr Wolfohnson. What the two did not realize is that my enthusiastic acceptance was because the plant would be located in Aba. This city has a special place in the heart and mind of every person interested in our country’s rapid progress: It is the home of indigenous manufacturing, innovation and entrepreneurship.

There is another reason why I accepted to build the plant in Aba. I had experienced, firsthand, what industrialists in Igboland were going through. As a professor of manufacturing engineering in the United States in the 1990s, I decided to build a plant in Emene, Enugu, to produce vehicle spare parts, including engines, of the highest standard in the world.

After all, I had watched my former students from Taiwan and other places in Southeast Asia rush home to produce sophisticated auto parts and engines. A large swathe of land was purchased for this purpose, but when my South Korean partners visited Enugu, it became obvious that the project would not take off principally because of poor electricity. It was while I was thinking of how to help resolve the electricity problem in Ala-Igbo that Dr Okonjo-Iweala and Dr Wolfohnson made the request. The rest is history.

Yet, I must add it has since 2004 been tears, sweat and blood, to borrow the words of Winston Churchill, the former British prime minister. I don’t want to tell the story of sweat, blood and tears now; all I can say this moment is the game is worth the candle. Nothing can give as much fulfillment and satisfaction as working wholeheartedly for your people.

It took the Nnewi people quite a lot when they decided to develop their hometown themselves. Even without basic infrastructure like roads, electricity and telephone services, the Nnewi people decided to take their destiny in their hands after the Nigerian Civil War. They have made a resounding success of this resolve and vision.

The Nnewi example is inspiring, and it should inspire all the people and governments in Nigeria. Millions of Ndi-Igbo need not be in Abuja or Port Harcourt or even abroad to do well. Leaders in Igboland in the 1940s till recent years did demonstrate to us it is possible to have rapid economic progress in our homeland.

They built Nigercem at Nkalagu in 1955, Nigersteel and Nigergas as well as the Emene Industrial Estate, all in Enugu; the African Continental Bank, the University of Nigeria, the farm settlements, the Trans Amadi Industrial Estate in Port Harcourt, Golden Guinea Brewery in Umuahia, the Obudu Cattle Ranch in Cross River State, Hotel Presidential in Enugu and Port Harcourt, Aba Textile Mills, Owerri Standard Shoe Factory, the glass factories in Aba and Port Harcourt, and many other things which culminated in Eastern Nigeria becoming one of the fastest-growing economies in the world by the mid-1960s.

Geometric Power Ltd is making its contribution to help reclaim the old economic days of the Great Zik of Africa, Dr M.I. Okpara and many others. Once Geometric Power addresses the electricity challenge in nine out of 17 local government areas in Abia State fully, not even the sky will be the limit of the attainments of the people and government of Abia State. Abia can set the stage of development miracle which has been waiting to happen.

Excerpts from the speech by Professor Nnaji OFR, NNOM, FAS, Chairman of Geometric Power Group and former Minister of Power at the leadership colloquium on Igbo leadership and development to mark the 58th birthday of Abia State governor, Okezie Ikpeazu.