FG to pay N500 million for ‘abducting’ Kanu from Kenya 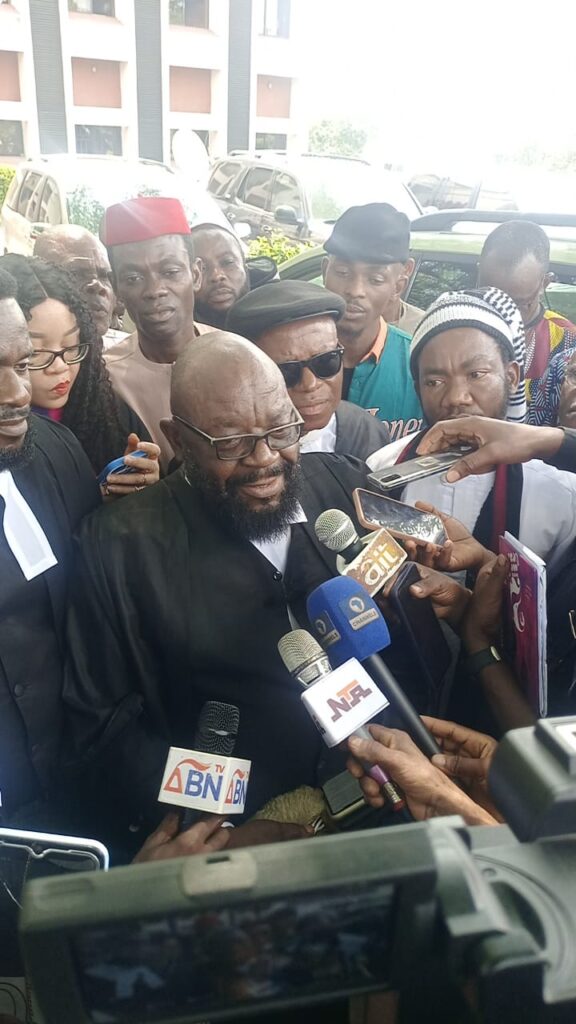 The Federal Government has been ordered to pay N500 million compensation to the Leader of the Indigenous People of Biafra, IPOB, Mazi Nnamdi Kanu, for abducting and renditioning him from Kenya.

A Federal High Court sitting in Umuahia, which awarded the costs in its judgment in a suit filed by Kanu to challenge his extraordinary rendition, declared Kanu’s abduction and extraordinarily illegal.

Kanu, had through his Special Counsel, Mr Aloy Ejimakor, challenged his “abduction and extraordinary rendition from Kenya without any court warrant,” and demanded his restitution to his country of abode, Britain or Kenya where he was before the abduction in June 19, 2021.

Kanu’s lawyer also asked the court  to “redress the myriad of violations that came with his rendition, such as the torture,  unlawful detention and the denial of the right to fair hearing which is required by law before anybody can be expelled from one country to the other.”

He demanded N25 billion as damages for the gross violation of his rights and the torture he was subjected to both in Kenya and Nigeria.

Ikengaonline reports that the Federal Government in its  preliminary objections, argued that the matter had already been entertained by the Abia High, and that the said incident did not occur within the jurisdiction of the court.

But the court struck out the preliminary objections, saying that where an incident occurred in two states any federal high court in either of the states had jurisdiction over the matter, stressing that violation of Kanu’s rights began in Afaraukwu Umuahia and continued in Kenya.

The Court also held that Kanu’s lawyer had successfully established a case of torture against his client which the defendants laboured in vain to deflate.

In considering the prayer for damages, Justice Anyadike held that Kanu had been “exposed to global ridicule which requires global cleansing.”

The Respondents had no representation in the Court but Kanu’s lawyer, Ejimakor thanked the court for granting justice to his client.

Later in an interview, Ejimakor said the judgement was a victory for  the oppressed people, and commended the judiciary for remaining the last hope of the common man.

He urged the Federal Government to obey the judgement and other similar rulings in Kanu’s favour and release him without further delay.

Ejimakor further told the Federal Government to return Kanu to Kenya where he was before his abduction by the agents of Government on June 19, 2021.

He insisted that IPOB is not a terror organisation contrary to claims by the Federal Government.

Ejimakor said that terror organisations do not have Defense Counsel anywhere in the world unlike IPOB that has identifiable lawyers all over the world.

He called for the de-proscription of the pro-Biafra movement and release of all its members in different security detention facilities.

Igboayaka called on President Buhari to show he had respect for the rule of law and release Kanu without further hesitations.

There was heavy presence of security around the court premises.

As soon as the judgment was delivered, there was jubilation among a retinue of Kanu’s supporters who had thronged the court premises.