By EditorOctober 26, 2022No Comments2 Mins Read 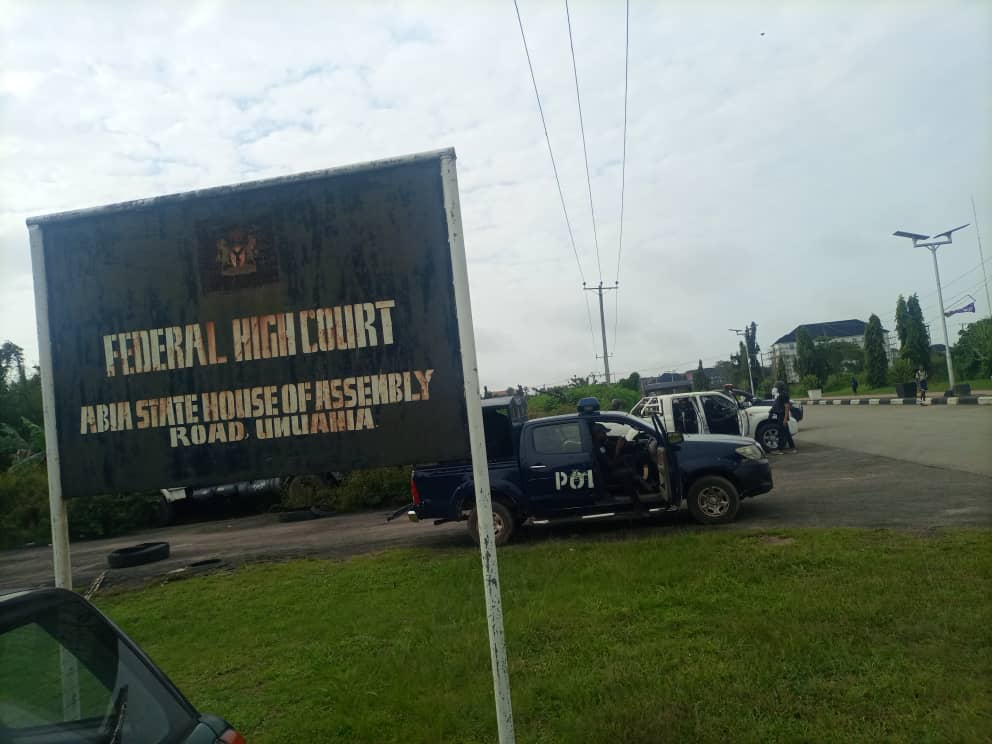 The entrance point to the Federal High Court Umuahia, has literally been taken over by stern-looking heavily armed security operatives.

Security vans of both the police and the Department of State Services, DSS, were also stationed at the road leading to the premises along House of Assembly Road Umuahia.

Ikengaonline reports that visitors to the premises were subjected to serious checks before accessing the compound.

The court is set to deliver judgment on the suit filed by the detained Leader of the Indigenous People of Biafra, IPOB, Mazi Nnamdi Kanu, today.

Kanu had through his Special Counsel, Mr Aloy Ejimakor, sued the Federal Government, challenging his abduction and extraordinary rendition from Kenya.

He is, among other things, praying the court to order his return to Kenya where he was abducted or UK, his country of abode.

Presiding Judge, Justice Evelyn Anyadike, had after the last sitting reserved judgment for tomorrow, October 27, but Kanu’s lawyer, two days ago said the judgment day had been reviewed downwards by a day.

The Court of Appeal sitting in Abuja, had last week declared Kanu’s rendition to Nigeria illegal, saying it did not follow due process, and violated all know International treaties signed by Nigeria.

The appellate court declared that the Federal Government had lost legitimacy to put the IPOB Leader on trial.

It further quashed all seven counts of terrorism charge preferred against him by the Federal Government.

The Federal Government, has, however, refused to free him, saying he is “a flight risk.”

It also appealed the judgment at the Supreme Court where the matter is currently pending.

There have been preponderance of appeals by eminent personalities and groups urging the Federal Government to release Kanu.

There is high hope that Kanu’s release will restore peace to the South-East.