By EditorOctober 27, 2022No Comments4 Mins Read 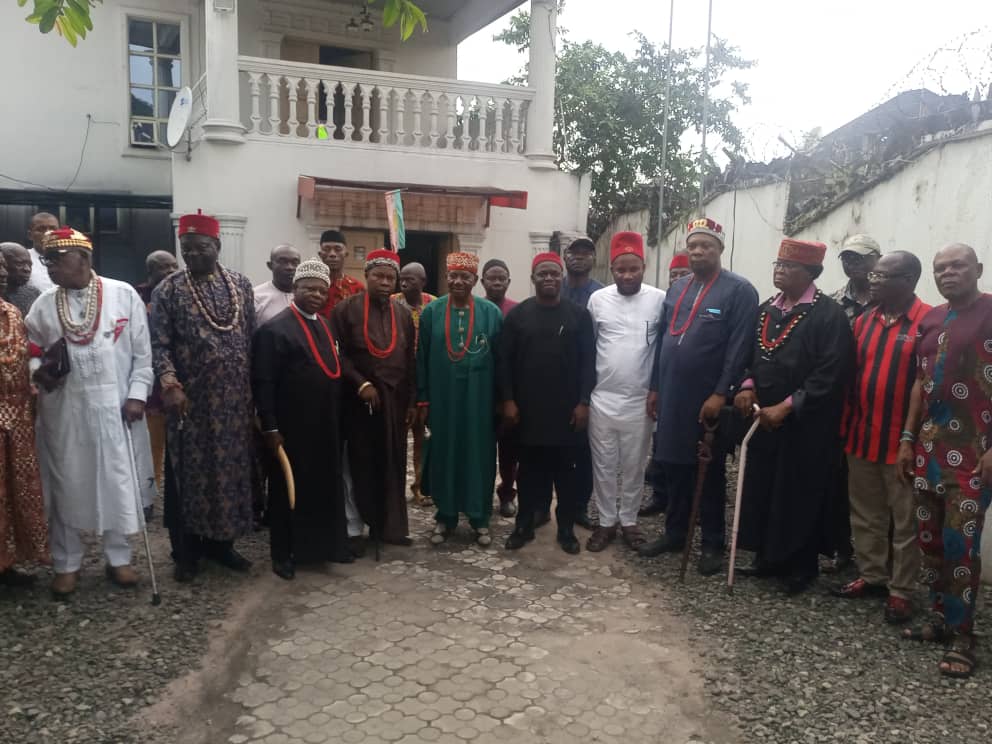 Igbo monarchs and clerics have sharply disagreed with the Federal Government on what would be the likely effects of the release of the Leader of the Indigenous People of Biafra, IPOB, Mazi Nnamdi Kanu.

While the Federal Government had argued before the court of Appeal in Abuja that Kanu’s release would instigate crisis in the South-East, the traditional rulers had maintained that it would rather restore peace and bring an end to the building tension in the zone.

The Igbo monarchs and some clergy men who were in Abuja to witness proceedings on the Federal Government’s stay of execution suit against Kanu, urged Buhari not to miss this last opportunity he has to win the affection of Ndigbo and restore their confidence both in his administration and scheme of things in the country.

Ikengaonline recalls that the Federal Government’s legal team had while giving reasons it is holding onto Kanu despite the earlier judgement of the Court of Appeal,  claimed that there would be crisis in South-East if Kanu were to be released.

Lawyer to the Federal Government had further claimed that Kanu “is a flight risk and a threat to national security,” urging the Court to stay execution of its earlier verdict.

But angered by the position of the Federal Government, Igbo traditional rulers and clerics, accused Abuja of insincerity in the return of peace to Ala Igbo.

They argued that as stakeholders who are very close to their subjects, what makes sense to the average South-Easterner now is the release of Kanu.

The royal fathers argued that the  jubilation that erupted across South-East after the Court of Appeal judgment discharged Kanu was a clear indication that his eventual release is the solution to the evasive peace in Igboland.

A member of the delegation of Igbo monarchs, and Chairman of Ndieze in Ibeku land, Umuahia North Local Government Area of Abia State, HRM Eze Iheanyichukwu Ezigbo, urged President Muhammadu Buhari, to show respect to the rule of law, and release the IPOB leader.

He said that the more Kanu were incarcerated against court orders, the more South-East would be boiling.

The monarch advised the Federal Government to stop stoking the embers of crisis in the South-East.

“We want to refute the claims by the Federal Government that Kanu’s release will bring crisis in the South-East. It’s not true. We are the traditional rulers and we know our subjects: the joy and celebration that erupted when the Appeal Court judgment was announced were sure proofs that what matters most to them is the release of Kanu.

“So, the Federal Government’s argument holds no water. Buhari should prove himself as a man of honour and obey the rule of law by releasing Kanu.”

Similarly,  HRM Eze Eddy Ibeabuchi, Okwu 1 of Okwulaga Afaraukwu, who was also on the delegation, urged President Buhari to respect his earlier promise to a delegation of Igbo leaders  who met with him in 2021 over Kanu.

Eze Ibeabuchi reminded Buhari that he had then, promised not to interfere with the court proceedings but to comply.

“Now that the court has discharged and case against Kanu Mr President should please honour his own words,” the monarch appealed.

Adding his voice, former Chairman, Council of Ndieze, Umuahia North LGA, HRM Eze Pastor Philip Ajomuiwe, who was also on the delegation, said that release of Kanu would bring total peace both to the South-East and the entire country.

They all pleaded with President Buhari to honour his words; and not to miss his last opportunity of showing care for the Igbo race by releasing Kanu.

The monarchs said they might not leave Abuja until Kanu was released to them, expressing optimism that he would triumph in his current ordeals.