Nigeria broken, Obi may not be the answer – Prof Ndibe

By EditorOctober 28, 2022No Comments3 Mins Read 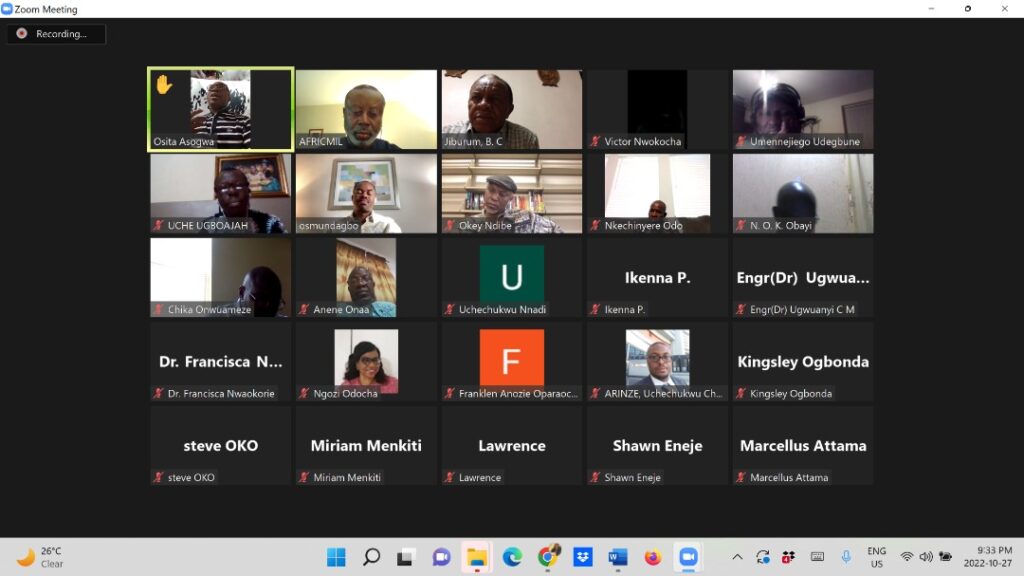 Renowned scholar and award-winning novelist, Professor Okey Ndibe, says Labour Party (LP) presidential candidate, Mr Peter Obi, may not be the solution to Nigeria’s problems, even if he wins the 2023 presidential poll.

Ikengaonline is a South-East-focused media platform, which aims at giving voice to the citizens of the South-East, and parts of Rivers and Delta States, by highlighting the challenges facing the region.

Prof Ndibe, who spoke via zoom, said despite wide acceptance by Nigerians, the LP presidential hopeful “may struggle if Nigerians refuse to contribute their quota to the change the country.”

According to him, “Obi, despite his undoubted qualities may not be the answer to Nigeria’s problems except Nigerians must contribute their quotas in ensuring that the country works. Even if we put an Angel there, he may not be the solution unless we contribute to achieving the answer.”

Speaking on the topic, “Ndigbo post-Nigeria-Biafra war: Is there a crisis of values?,” Prof Ndibe expressed concerns over the eroding Igbo cultural values.

“There was a certain moral ethos that existed among the Igbo before the break out of civil war. The ideology was that Ezi aha ka ego (A good name is better than wealth). But after the war, slowly we lost the ideology to the wind.

“The war brought sort of gratuitous violence and and unintended damage. Again, the egregious violation of human rights, hunger and deprivations experienced by Nigerians, especially the Igbo man during the war gave rise to the societal ills which the region is suffering today.

“After the war, there was high level of pervasive poverty in Igboland and people tended to equalize misery and misfortune. This led to the massive quest to replace lost wealth and accumulate new ones,” he posited.

Ndibe noted that the country and Igboland in particular had degenerated to a society experiencing crisis of value, where its traditional system had abandoned the core culture, knowledge and wisdom, and embraced promotion and celebration of wealth and affluence.

He said, “nowadays in Nigeria, titles and recognitions are bestowed on the individuals with stolen funds and who made their money in ungodly manners instead of the productive ones that devote their time and energy working for the betterment of  society.

“Today, to be a teacher in Nigeria has become an object of mockery. Society is sustained through knowledge, wisdom and hard-work. Today, economic troubles have suffocated the value system. The society has made the youths to be aware that wealth is no more rooted in hard work.”

He said the region must find a way to regenerate and revitalize the values that served it before the grueling war.

Professor Ndibe also urged traditional rulers to look inwardly to those working for the good of the society and shun the attitude of bestowing titles on those who can pay for it.