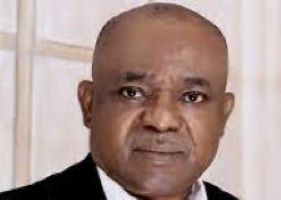 The Imo state Water and Sewage Corporation, on Sunday, raised an alarm warning members of the public to stop open defecation, refuse dump and building of houses around the Otamiri water head in Owerri, to stop contamination of its water sources from the Otamiri River in the state.

The General Manager, Emeka Ugoanyanwu, disclosed this to newsmen in Owerri.

Ugoanyanwu said as a result of the contamination the underground water is being polluted.

According to him, “The level of open defecation in the River bank is contaminating the underground water and our people should stop dumping debris inside the rivers.

“We have told our people to stop building on the green verge. Erecting buildings and polluting the river is against the public good. Because we take our water from the river. We collect the water treat it to the standard and circulate about 60 million litres to Owerri and adjoining local government areas. It is the source of our water. Even those people who are still building houses around the Otammiri water head work are doing so illegally.”

“They even build on top of our pipes. They are contaminating the river. We have told them to stop building and called on the government to do something. The best thing is for the houses to be removed.

“The river banks are the green verge and it is illegal for houses to be built around there because even the people living around will be throwing so much debris into the water. These houses are supposed to be demolished. they are built on the river bank and the people living there are polluting the river,” he said.