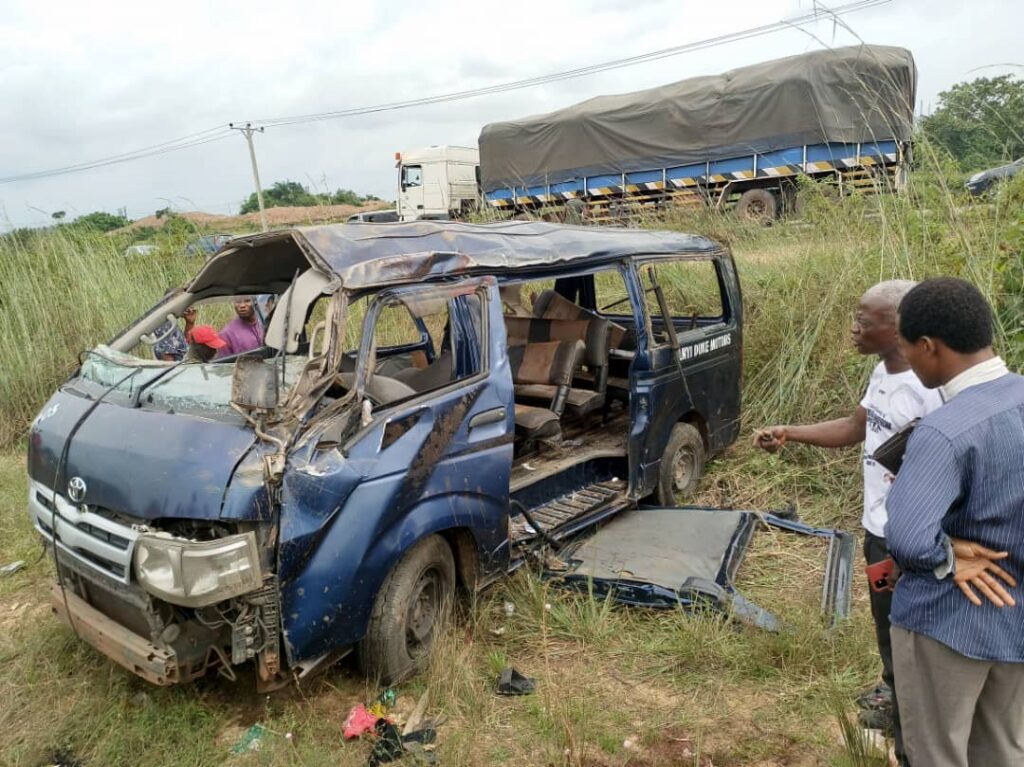 Scores of passengers were Saturday injured, as an 18-seater  bus crashed in Umuahia, Abia State capital, after losing control on the Enugu-Port Harcourt Expressway.

The blue hummer bus marked KTU 503 YE was said to have loaded at the Abia Tower Junction Umuahia and had not gone up to one kilometer when the crash occurred.

An eyewitness account said the driver lost control of the vehicle when he was shoved off track by a convoy of bullion van that was moving towards Aba.

The incident happened few meters to the Ohiya Mechanic Village around 2:30 pm.

An eye witness told Ikengaonline that the convoy did not even care to stop when the accident occurred but continued with its movement.

When Ikengaonline visited the scene, wreckage of the hummer bus was seen with blood stains on parts of the vehicle and on the ground.

The driver was said to be unconscious and had been rushed to the hospital for medical treatment.

Other injured occupants of the vehicle had also been evacuated to the hospital by sympathisers.

When contacted, the Sector Commander, Federal Road Safety Corps, FRSC, Abia State, Mr Paul Ugwu, said his men had been deployed to the scene to help rescue the situation.

The FRSC boss said that the police would be contacted so that full investigation would be conducted on what led to the accident.

Meanwhile, sympathisers had continued to troop to the scene apparently to help identify the passengers.