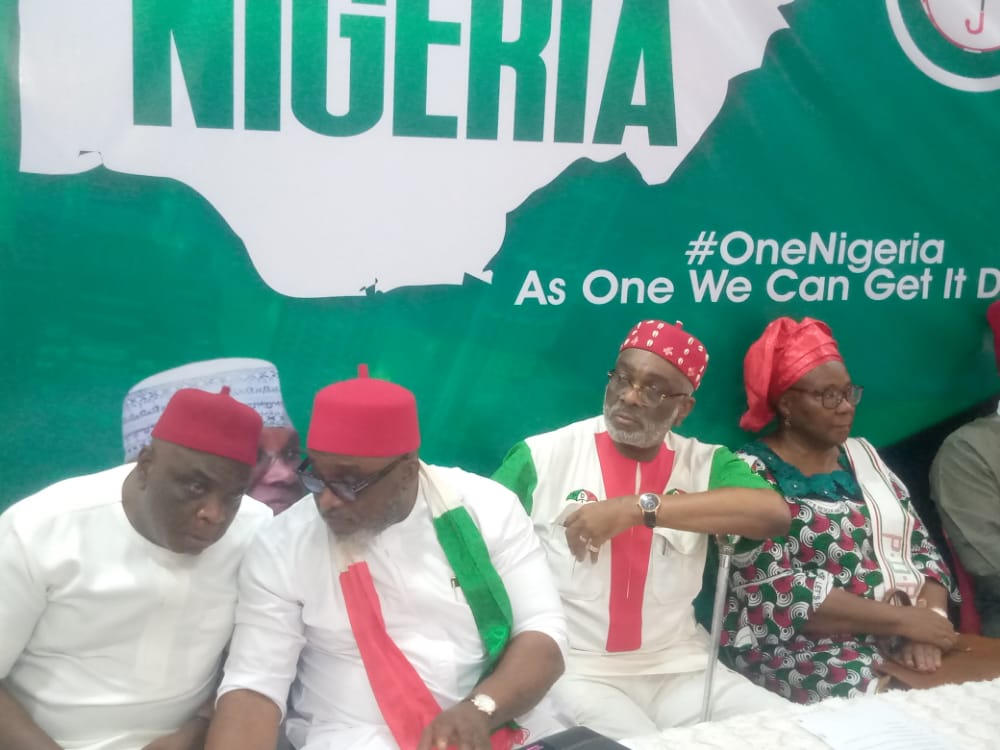 The Peoples Democratic Party, PDP, in  Anambra State, has declared operation win your ward and polling units to its campaign council members ahead of the 2023 general election.

The order was given by PDP chieftain, Chief Ben Obi, while inaugurating PDP Presidential Campaign Council for the 2023 general election in Awka, the state capital on Tuesday.

He said, “This is the time for sacrifice. Our party is in opposition hence, whatever we need to deliver our party should be judiciously utilized for the success of the party in the state.”

“The task before us is onerous, bearing in mind that about two presidential candidates of other political parties are from our state. But with our commitment and sacrifice, we should prove that we are the party with a grassroots touch.”

Obi who is chairing the campaign council in the state, urged members to show commitment to the party’s ambition. He warned that the success of the party’s candidates remains paramount and above every other personal interest of the members.

He expressed confidence in the capacity of the party’s presidential candidate to deliver the type of leadership that would benefit all and sundry in the country, noting specifically that Atiku had “demonstrated his love and trust for the Igbo man.”

Speaking further, he described Ifeanyi Okowa, the vice presidential candidate and Delta State Governor, as the best performing leader so far in the country and attributed it to his astute leadership quality which according to him, is rare among governors in the country.

In his address, PDP Chieftain and Zenith Labour Party flag bearer in the Anambra State 2021 governorship election, Chief Obiora Okonkwo, urged the members to unleash their God-given talents in ensuring that the party comes out victorious in the election.

Chief Okonkwo emphasized that his joining the Atiku/Okowa campaign council hinged on his belief that the party presidential candidates possess the capacity to bring a lasting solution to the problem of the country, as well as usher the restructuring which, he said, had been one of the biggest challenges of the country.

“We are not in this race to do anybody’s billing, we are in the race to save the Igbo race politically. And if we make mistake now, no need, but to wait for another twenty years,” Okonkwo said.

In a remark, Former Minister of Women Affairs and Social Development of Nigeria, Iyom Josephine Anenih, reminded members that politics is not a thing of right, but a struggle to wrestle power from the opponents. She said the forthcoming election is not a time to be sentimental or emotional, but a time to be strategic and glued to the plans to achieve the party’s goals.

Meanwhile, the Technical Adviser on Contact and Mobilisation (South-East), Chief Dan Ulasi, said the party has made headway in its reconciliation approach with aggrieved party members, noting that problems in the party have turned out to be a blessing in disguise. To him, it is better to resolve problems at the inception than midway through the election.