By EditorNovember 2, 2022No Comments7 Mins Read 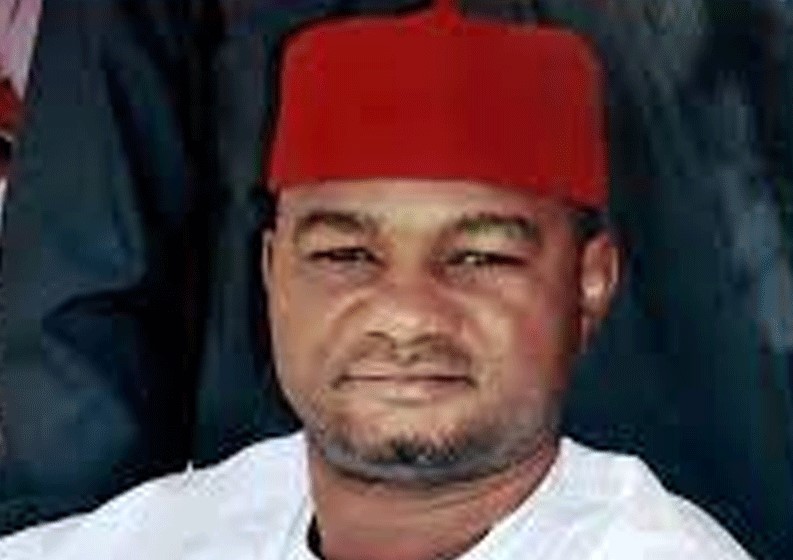 The Senatorial candidate of All Progressives Congress (APC), Ebonyi North District, Ebonyi State, Chief Onyekachi Nwebonyi, on Monday lamented the perennial crises in the four local governments that make up the zone.

This was as he blamed National Assembly members in the senatorial zone and the National Boundary Commission(NBC) for inability to find solutions to the crises which he said had claimed many lives with properties worth billions of naira destroyed.

He vowed that he will find permanent solution to the crises and urged the National Boundary Commission to be alive to its duties to end boundary disputes in all parts of the country.

Nwebonyi spoke in Abakaliki, Ebonyi State capital during the ongoing Media Parley for Political Candidates organized by Correspondent Chapel of the Nigeria Union of Journalists(NUJ) in the state.

The former state Chairman of the Peoples Democratic Party(PDP) opined that he will petition the NBC over the crises in the constituency immediately he take oath of office if elected the Senator in 2023.

“I am soliciting for the votes of Ebonyi North Senatorial District to enable me represent them as their next Senator in the National Assembly and one will quickly ask, what are my reasons for soliciting votes and I will tell you this. Ebonyi North Zone currently is facing a lot of challenges ranging from boundary disputes that have claimed many lives.

“So, I want to say that on the day of my inauguration which I know God will do, as I am taking the oath of office, I will be holding my petition and I know that we have the National Boundary Commission(NBC) whose duty it is to address all  these issues  but somebody must propel that to happen. I, Nwebonyi, will see to it and I want to assure my Zone that I will do all within my powers to make sure that these perennial problems are put to rest.

“The Boundary Commission must be made to sit up. Even if it means using what we call order of mandamus in law, we will do it. Order of mandamus means compelling government agency to do what it supposed to do at a given time. Boundary adjustment and something related is the duty of the National Boundary Commission and the presidency and I know I will have access to them and I know this problem has a solution. I want to see that solution and I must see that solution ,” he stated.

The former Commissioner for Capital City Development promised to tackle unemployment in the constituency.

He said under him as Senator of the zone, he will introduce guardian and counselling in the district in all the secondary schools across the area and set up committee that will evaluate the performances of the student before they enter the university so that they will study courses that will enable them to get employment on graduation.

“On the area of employment, securing jobs for the jobless youths of Ebonyi North, in that area I will do well. I can see that there is problem in the land, how can parents spend money and train their children at the university level and 16 years later, there is no job. Just imagine, all the hope of that family is dying. I, Nwebonyi will not allow that to happen. I will do more than that because what I am seeing today is that most times, our children get admission to study any-how course because they are not being guided.

“I am going to introduce guidance and counselling at the secondary school level meaning that at SS1, I will have committee that will approach you, evaluate your performances visa-vis the subject you have done to enable us know the area you will be going into as you are entering the university because most times, we produce graduates that have no relevant in the current market. So, we must produce graduates in professions that are selling so that as you are coming out from the university, you have something doing.”

The Lawyer turned politician described Senate as a place for serious business and not a ‘retirement benefit’ for politicians who are very old and should be rewarded with senate seat.

“Senate is not a place you see as a retirement benefit to all these old men of merchants, it is the highest decision making point of the nation. After Presidency, the next place is the Senate and all these lapses we are seeing today is because there is no effective representation. They see it as retirement benefit whereas it is not so.

“It is a place you work round the clock and if you are there, you must sit up, you must work round the clock if you want to really represent your people. But because of poverty, backwardness politically, most of the electorate don’t even know what to we should expect from the Senators. So, this is one of my major reasons of going there, to change the game, to show people what it is.”