By EditorNovember 5, 2022No Comments3 Mins Read 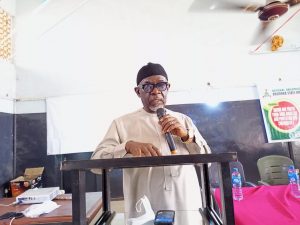 Stakeholders in Anambra State have appealed to residents and indigenes of the state to actively participate in the 2023 population and housing census with a view to generate accurate data for policy making, planning and other developmental drives.

According to them, active participation in the census would also help address political marginalisation, underdevelopment, lack of social amenities, unemployment and other issues.

They made the call at Awka, Anambra State capital, during the State Compendium of Localities Workshop organised by the National Population Commission (NPC) in collaboration with other stakeholders to finalise and present the grassroots final list of localities for the 2023 population and housing census.

Speaking at the occasion, the State Director, National Orientation Agency (NOA), Barrister Charles Nwoji, described census as a hallmark in the national development, adding that it could help re-write societal history, because inaccurate data contribute to political marginalisation, inadequate provisions of basic amenities, among others.

Also speaking, the Secretary to the State Government, Professor Solo Chukwulobelu, represented by Mrs Onyinyechi Edokwe, urged Anambra residents to stand to be counted because according to him, that would boost their opportunities to make informed demands and decisions.

Contributing, the Head of Local Government Administration in Idemili North LGA, Lady Rita Obuekwe, advocated for sensitisation campaign among the populace at the hinterlands with a view to recording massive participation during the exercise.

On his part, the National President, Anambra State Association of Town Unions (ASATU), Barr. Titus Akpudo, charged community leaders to join NPC in ensuring proper documentation and enumeration of all categories of people, including the aged, the young, the sick, pregnant women and nursing mothers in their society.

To the Anambra State Director of NPC, Dr Joachin Ulasi, people residing in urban cities need not return to their towns of origins as it would impact negatively on their place of residence thereafter, but should rather provide the data in the places provided by enumerators.

Earlier, the Federal Commissioner, National Population Commission, Mr Chidi Ezeoke, explained that the 2023 population and housing census will be reduced up to the lowest level of the census entities which according to him, would be as small as a camp.

“The compendium of localities in census is a tool for census data dissemination as well as for national planning and development. The objective of this workshop is to compile all the localities demarcated during the Enumeration Area Demarcation (EAD) on local government area basis showing the coverage and location on interactive maps,” he added.