Half salary: FG dares ASUU, vows not to pay for work not done

By EditorNovember 6, 2022No Comments4 Mins Read 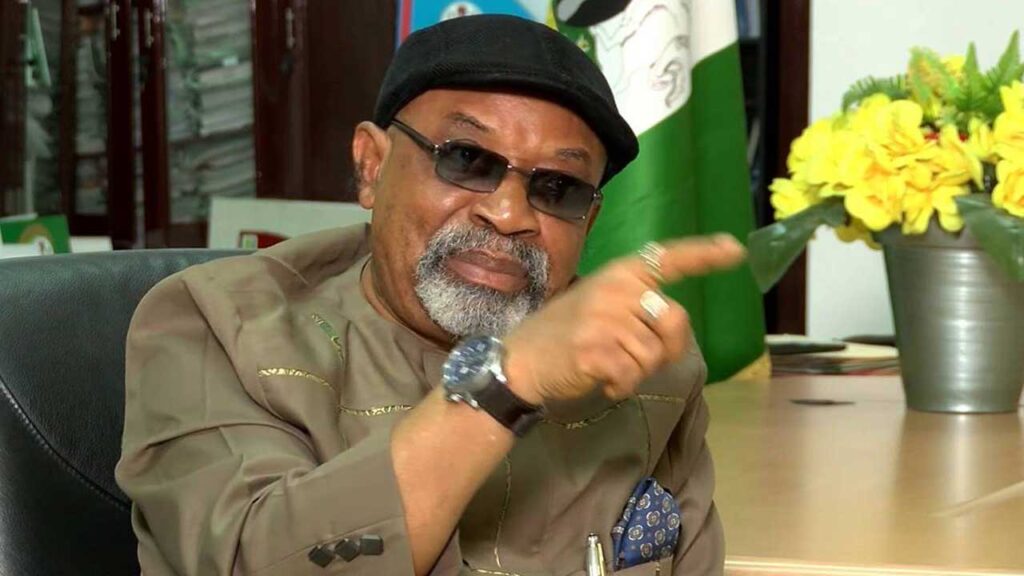 The Federal Government seems unrelenting in its “no work, no pay policy,” as it has justified the half salary paid to university lectures who just returned from their eight-month strike in October.

Minister for Labour and Employment, Dr Chris Ngige, has insisted that the half salary paid members of the Academic Staff Union of Universities, ASUU, for their October wage was right and not discriminatory contrary to allegations by ASUU.

“They were paid in pro rata to the number of days that they worked in October, counting from the day that they suspended their industrial action. Pro-rata was done because you cannot pay them for work not done. Everybody’s hands are tied,” the Ministry said in a press statement.

Ngige, denied ever directing the Accountant General of the Federation to pay the university lecturers half-salary.

The statement signed by the Head of Press and Public Relations, the Labour Ministry, Olajide Oshundun, said that claims by ASUU that its members were shortchanged and discriminated against, were “grossly inaccurate, misleading and barefaced distortions of facts.”

The statement explained that members of ASUU were paid their October salary pro-rated, and not half salary as; claimed by the body.

According to the ministry, pro-rata was done because they cannot be paid for work not done.

The statement obtained by Ikengaonline read in part: “Following the ruling of the Court of Appeal, which upheld the order of the National Industrial Court of Nigeria (NICN), asking ASUU to go back to work, the leadership of the union wrote to the Minister, informing him that they have suspended the strike. The Federal Ministry of Education wrote to him in a similar vein and our labour inspectors in various states also confirmed that they have resumed work.

“So, the Minister wrote to the Federal Ministry of Finance, Budget and Planning, directing that their salaries should be restored. They were paid in pro-rata to the number of days that they worked in October, counting from the day that they suspended their industrial action. Pro-rata was done because you cannot pay them for work not done. Everybody’s hands are tied.”

“Those obviously being referred to by the UDUS ASUU chairperson were members of the Medical and Dental Consultants Association (MDCAN) who abstained from the eight-month strike of ASUU because they abhorred the incessant strikes by the union and its grave effects on medical education in Nigeria and production of more medical doctors.

“Accusing the Minister of Labour and Employment, Sen. Chris Ngige, of biased payment of salaries to selected professional members of ASUU, is a barefaced distortion of facts. Mustapha said he received information that a segment of the staff in the College of Health Sciences (CHS) has been paid seven months of their withheld salaries from March to September, due to a letter written to the Minister of Finance, instructing the exemption of the under-listed staff on the application of ‘No Work, No Pay’ rule

“To set the records straight, the medical lecturers who are being referred to by the Chairperson of the ASUU UDUS branch, abstained from the eight-month strike of ASUU. This has been corroborated in a press statement by the Chairman, MDCAN UDUS, Dr B. Jubrin and Secretary, Dr I. G Ango, on Friday, November 4, 2022.”

Meanwhile, ASUU has convened a meeting of its National Executive Council, NEC, to take a decision on the action of the Federal Government.

This fuels speculation that the eight-month strike which was suspended about three weeks ago might resume any time soon.

One of the conditions of ASUU before suspending the strike was that its members be paid the backlog of salary arrears of the period of the industrial action.

It had also demanded the abolition of the use of IPPIS as means off payment to it’s members, and in its place, It recommended UTAS.