By EditorNovember 7, 2022No Comments6 Mins Read 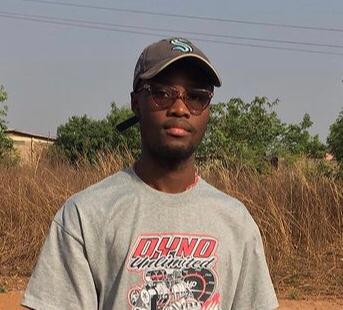 Students in Nigerian Universities, particularly federal universities, spend more years in school than their counterparts in other universities, especially private-owned universities, studying the same course. The reason is not far-fetched. It is because of the constant strike actions of the Academic Staff Union of Universities (ASUU) that they experience.

It is beyond pathetic that students in Nigeria’s universities are left to suffer the consequences of the rifts between ASUU and the Federal Government owing to the latter’s inability to honour its agreement with the union. The Ministers of Education and Labour & Employment, spanning different administrations, have also continued to fail in their duties over the years and the result of this is the constant state of palpable tension among students in Nigerian Universities who have to grapple with the fact that their studies could be suspended at any time regardless of what stage of studies they are in at the time.

While the ASUU strike has been called off following an Appeal Court order asking that the strike be suspended, it is important to consider the ramifications of the eight-month strike action on all parties concerned. As things stand, ASUU has temporarily suspended the strike but negotiations with the Federal Government will continue. Recall that ASUU had only embarked on an initial four-week strike to exert more pressure on the Federal Government to implement improved funding for universities and review salaries for university lecturers.

ASUU demanded that the Federal Government approves the renegotiated agreement which was concluded in May 2021. The Federal Government, however, failed to honour its assurances, particularly the agreed-upon implementation time-frame at two sessions between August and October of 2021. Instead, they turned around to set up another Renegotiation Committee led by Prof. Nimi Briggs in March 2022. These actions which led to the breakdown of negotiations between the union and the government made the union extend its strike action indefinitely.

The elongated strike was a nightmare for those “student-preneurs” who sell snacks, pastries, barb, do photocopying work and other school businesses. Most of them were left discouraged and vulnerable. To sustain themselves, many resorted to working for overzealous bosses and organisations who see them as sources of cheap labour, using them as beasts of burden. The implication of this experience on the mindset of undergraduates is undoubtedly indescribable. For some who were unable to get such jobs, or who were perhaps less interested, they began to engage in all sorts of internet fraud and other frivolities in order to make money as they could no longer get allowances from their parents, some of whom are lecturers. After spending so much time outside school, majority of these students became disincentivised to study and it is even more challenging considering that the Federal Government does not take their plight seriously.

Also, most students residing in private-owned hostels are now faced with the difficult reality of paying another year’s rent despite not utilising the previous rent paid. Added to this are the other bills and fees they must pay to continue the semester. When one considers the current economic realities in the country, it is a lot to take in.

Recently, students of the University of Nigeria Nsukka (UNN) who were on their way back to school were kidnapped and their captors demanded millions of naira in exchange for their freedom. No thanks to the ASUU strike. Also, with the issue of flooding in most states, how do the students in the affected areas make it back to their schools in other states? Many universities are getting set to begin exams in a few days or weeks; what will be the fate of the displaced and kidnapped students? Will they be carried along, or should they face the reality of an extra year in addition to the months wasted during the strike?

On the part of the lecturers, they are equally at the receiving end of these constant strike actions. While they receive criticisms for embarking on strike actions at the expense of students, it is noteworthy that they grapple with the economic realities of being owed salaries throughout the duration of the strike. The recently-suspended strike rendered them idle and jobless with no means of income to fend for themselves and their families as they were not paid during the eight-month duration.

In response, many lecturers, especially those who couldn’t handle the pressure of seeing their counterparts in state and private universities going to work and earning salaries, began to apply for study visas abroad. Eventually, many left the country for better opportunities before the strike was called off. What this means is that many of these returning students have no lecturers to teach them, yet they still have to sit for examinations in those courses.

The underlying implication is that some lecturers who will fill these gaps might decide to use the opportunity to make money for themselves. Payments for grades will likely increase because unscrupulous lecturers who haven’t been paid for months will exert their frustration on students. In the same vein, it is hard to dismiss the possibility of the students themselves baiting lecturers to accept cash in exchange for grades for similar reasons.

The situation is even worse now that lecturers were only paid half their salaries for just October. It is unfair that a Nigerian would study from Primary School to PhD level and be owed for months, even worse, get paid peanuts. You wonder how these lecturers will effectively lecture students or even mark exam sheets accurately.

Time and again, the ASUU strike and its aftermath expose the ills we face in Nigeria as students, lecturers and citizens alike. It highlights the problems with our university system and how urgently they need to be fixed, yet nothing is ever done. There has to be a deliberate discussion and overhaul of our education and value system so as to break this vicious cycle of strikes. Even so, a psychological evaluation of those in charge of the educational sector is in order.

Onyeishi was until recently an analyst at SBM Intelligence