My candidature beyond APC – Uche Ogah

By EditorNovember 11, 2022No Comments2 Mins Read 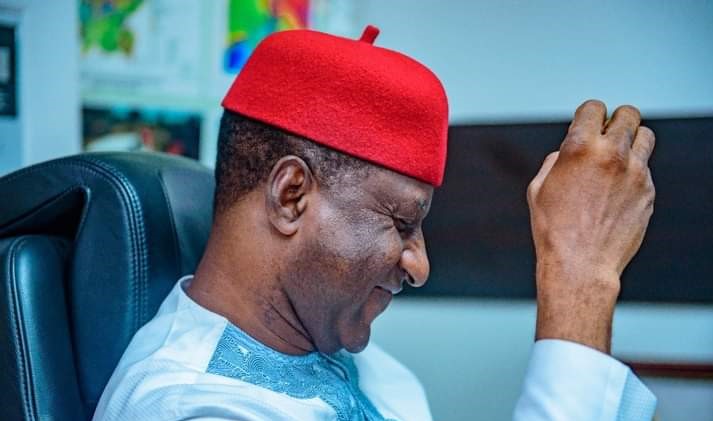 Abia State governorship flag bearer of the All Progressives Congress, APC, Dr Uche Ogah has declared that his candidature is beyond APC.

The former Minister of State for Mine and Steel Development made the declaration Friday in an exclusive interview with Ikengaonline.

He was reacting to the Abuja High Court judgment, which sacked Chief Ikechi Emenike and declared him the authentic governorship candidate of the APC.

Chief Emenike and Ogah had emerged from factional primaries but the national leadership of APC and the Independent National Electoral Commission, INEC, had recognized Emenike as the APC’s flag bearer.

But Ogah had approached the court to claim his mandate which he was granted following the ruling by Justice Binta Nyako in Abuja on Friday.

The court affirmed Ogah who emerged from direct primary as the authentic governorship candidate of the APC in Abia in 2023.

Reacting to the judgment, the highly elated Ogah told Ikengaonline that Abia’s season of joy had come.

“I feel relieved. I feel happy that Abians are going to rejoice.

“Time has come for the will of God to be done in Abia. The people will rejoice.”

Asked if the the disunity between the camps in his party would not affect his electoral fortunes in 2023, he said that his candidature was beyond APC.

“The candidature of Uche Ogah is beyond APC. Remember that in 2019, Emenike did not work with us. So, I will still win again in 2023.

“Despite the fact that what worked against us was that they said they promised them 25%. But now, nobody is promising anything to anybody. I will bring joy to Abia.