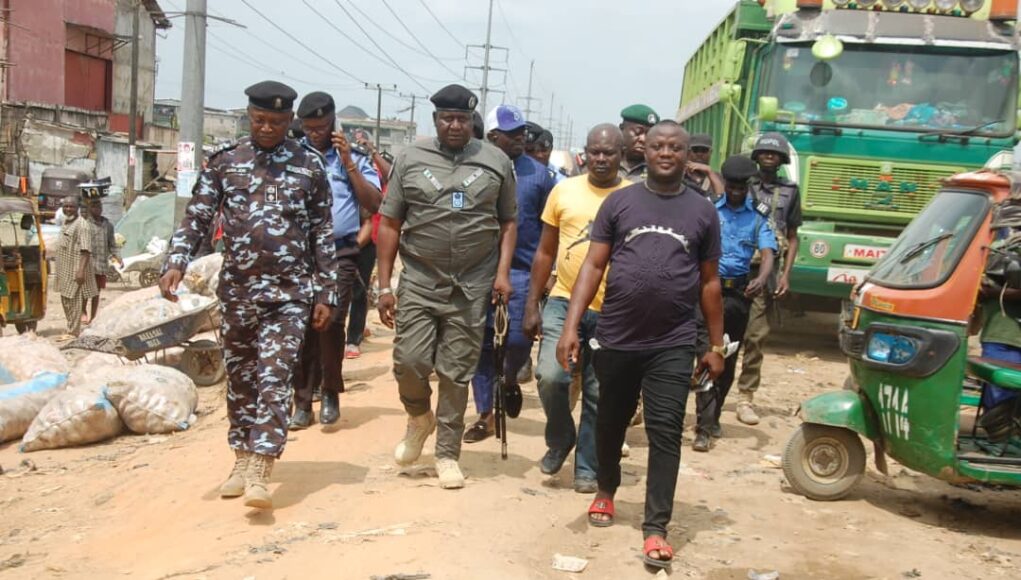 Truck drivers in Abia, Friday blocked the Uratta Junction of the Enugu-Port Harcourt Expressway in Aba, to protest incessant extortion by security agencies and excessive levies by Government task-force.

The drivers were also protesting bad roads which they said had adversely affected their operations.

It took the intervention of the Commissioner of Police, Abia State, Mr Mustapha Mohamed Bala, for the protesting drivers to retreat.

The police boss had led a team of his officers and men to engage the truck drivers to persuade them to unblock the highway.

Speaking on behalf of the irate drivers, Comrade Richard Chinadu, decried the agony of truck drivers in the hands of security operatives who he alleged, had made life miserable for them through extortion at checkpoints.

He claimed that between Osisioma ‘flyover’ and Imo River bridge at Obigbo, border town with Rivers State, there were over 20 checkpoints where the drivers were made to part with N2000 each by security operatives manning those checkpoints.

He equally lamented the activities of Government task-force which, he said never wanted to know the plight of the drivers as they demanded their outrageous levies.

He complained that the drivers find it difficult to complete one trip in three days, yet the task-force impounds their truck if they default.

He said: “Recently there is one of our men at the hospital because he was injured and we believe that the state is not aware of this.

“We are asking if there is curfew in Aba and its environment?”

The truck drivers appealed to the state and federal  governments to wade in and save them from oppression.

They pleaded to be allowed to use the former window generated by the Ministry of Transport to pay their revenue.

The drivers urged Government to stop the task-force from treating them like slaves.

Addressing the drivers, CP Bala, pleaded with the truck drivers not to resort to violence but restrain from acts capable of breaching the peace.

The CP who promised to convey their grievances to the relevant authorities, as well as security operative.