Many injured as Ebubeagu allegedly attacks LP rally in Ebonyi

By EditorNovember 13, 2022No Comments7 Mins Read 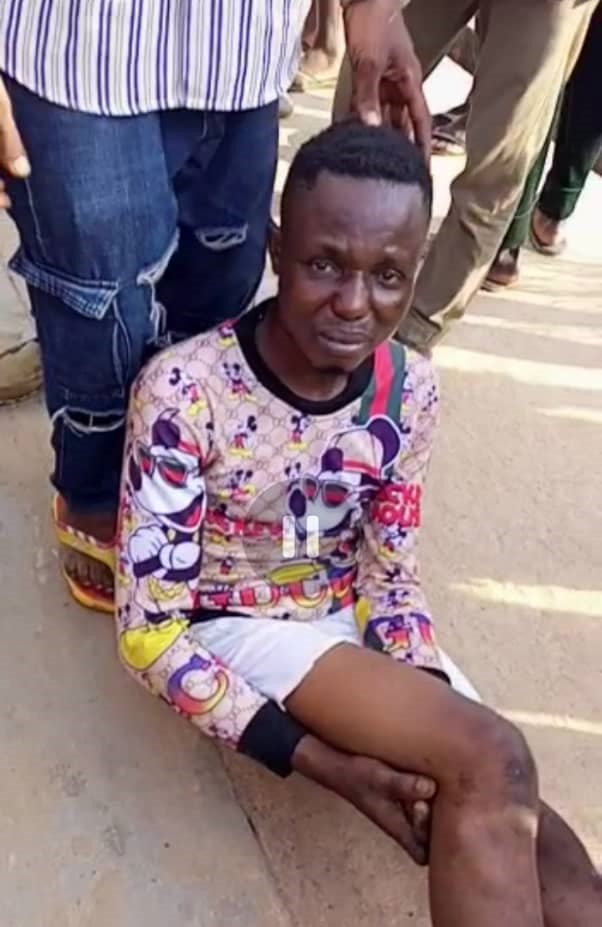 One of the victims shot in the leg allegedly by Ebubeagu

Many members of the Labour Party in Ebonyi State have been injured following an attack on the party’s rally venue by gunmen in the state.

The incident, it was gathered, happened in Okposi, Ohaozara Local Government Area on Saturday.

The gunmen, the party alleged, are members of Ebonyi Command of Ebubeagu Southeast Security Outfit.

The gunmen, according to the Labour Party House of Assembly candidate for Ohaozara East Constituency, David Ogbonna, allegedly pushed a woman and she hit her head on a hard concrete surface.

He said the woman was rushed to hospital where she has remained unconscious as doctors battle to save her life.

Mr Ogbonna also alleged that the attackers shot at the party faithful and inflicted varying degrees of gunshot injuries on at least three of them.

He alleged that the gunmen were led by the Chairman of Ohaozara Local Government Area, Consider Ajah.

Mr Ogbonna said: “We scheduled a meeting with our supporters in Okposi community, Mr Nkemkanma Kama was supposed to be there. We were to receive defectors from PDP, APA and other parties.

“I told people that this is the chairman and asked if they have any programme where we are going they said they don’t know.

“As we were going, they suddenly passed us with speed. When we got to Okposi we saw them barricading the entire road. We made a detour towards Onitsha Local Government  because we didn’t want out security to have any altercations with them.

“We stopped at a place and made calls and then decided to go back and asked them why they are barricading the road leading to where we are having our programme.

“When we got there, we didn’t see them. We proceeded to the venue. When we got there, we saw people on the floor. They shot directly at people. Then a woman who ran into an uproar, (sic) they pursued her to the three stores building and pushed her from there and she fell down.

“She was rushed to the hospital and the report we are getting is that she is unconscious. We saw people with bullet wound injuries. We have taken them to hospital,” he said.

In a statement he issued on Sunday, Mr Ogbonna further narrated how the gunmen invaded the venue.

He wrote: “Yesterday, as party faithful gathered at our (Labour Party) office at Mgbom-Okposi, waiting for the arrival of the Labour Party Candidate for Ohaozara/Onicha/Ivo federal constituency – Nkemkanma Kama , the Men of Ebubeagu Security Network led by Ohaozara Local Government Chairman invaded the venue.

“As they entered the venue, our campaign office, our supporters on the road waiting for our arrival erroneously thought we were the ones possibly because of the exotic car of the Local Government Chairman, they rushed to warmly welcome ‘us’ only to meet young men numbering over 40 wielding all kinds of automatic guns who came down from the fully loaded Toyota Hiace Bus and Sienna buses and opened fire on innocent people.”

He said they shot at the people and chased both men and women at the venue, making efforts to apprehend as many as they could.

Mr Ogbonna said three persons have so far been confirmed shot on their legs, one had his Femur (bone of the thigh) shattered and had been transferred to an Orthopedic Centre.

Continuing he said: “As at this early hour of 13th November 2022, three of our supporters from Uburu who came with Labour Party Candidate of Ohaozara West are yet to be home and their phones have not been reached.

“We are yet to establish a contact with the Personal Assistant (PA) of Labour Party Candidate for Ohaozara  East Constituency. His phone has not been reachable since he ran away from the event venue yesterday.

“Two of our supporters from Ugwulangwu are yet to be home and their phones not reachable.”

“Six Women supporters from Ugwulangwu and one of our Women Leaders from Okposi who ran for their lives yesterday in the process lost their Handbags containing Phones and other valuables, and some cash.

“The woman-supporter from Okposi who was pursued, fell head-down on her way to safety and has remained unconscious. However, Doctor confirmed she’s still alive.”

Mr Ogbomna also alleged that all Canopies, Tables and unnumbered Chairs at the venue were badly damaged.

“The music box (Speakers) of the DJ were shot at by the Ebubeagu, damaging them near-irreparably and even confiscating some of his equipment.

“The Drums of the Cultural Women dancers from Afikpo were destroyed and some seized.

“The Drum Boxes of the drummers who were on the road waiting for our arrival were destroyed and drummers beaten mercilessly.

“As at yesterday night, three of our boys supporters from Ugwulangwu reported that Men of Ebubeagu visited their compounds asking after them. As we write now, they have relocated out the community for fear of their lives,” he said.

But the Chairman of the local government, Mr Consider Ajah, denied leading an attack on the Labour Party supporters.

He, however, admitted that Ebubeagu officials went to the area to stop the people gathered there from blocking the road, which is a federal highway.

“We did not attack anybody. They were blocking the road which is a federal highway and we had to intervene to prevent them from disrupting people’s movement.”

Mr Ajah further noted that the organisers did not get approval from the local government before holding the rally.

“We have a law that before you hold any form of gathering you must get approval from the local government for security purposes. But they did not do that?

“We have no interest in what any other party is doing but they should do the right thing at all times,” he said.

Mr Ajah’s reaction conflicts with that of the Commander of Ebubeagu, Nnanna Friday, who vehemently denied that Ebubeagu was in the area.

“We did not attack anybody. They should stop mentioning Ebubeagu every time they have problems among themselves.

“They may have been attacked by their fellow members who they may have had a disagreement with and they now turn around and blame it on Ebubeagu.

“They did same thing recently in Izzi and we later discovered that they were attacked by their members,” he said.

Police not aware of incident – spokesperson

Police spokesperson in the State, Chris Anyanwu, said he was not aware of the incident.

He promised to make enquiry and get back to our Reporter later. He was yet to do so at the time of this report.

Ebubeagu is a security outfit in the South-East that is backed by the Ebonyi State Government and other state governments in the region particularly Imo State.

The outfit has become notorious for indiscriminate arrest, torture, and even extra judicial killings in the state, leading to calls by opposition parties and rights groups for it to be disbanded.

After his family and associates raised an alarm, he was hurriedly taken to the police, who later arraigned him in court.

He was later remanded in prison.

Three days ago, the group abducted Mr Abịa Onyike, who is the Spokesperson of the Peoples Democratic Party (PDP) governorship candidate in the state, Ifeanyi Ọdịi.

Mr Onyike was taken to the groups office where he was allegedly tortured for over an hour before being released.

Last month, the group allegedly attacked the convoy of the governorship candidate of All Progressives Grand Alliance (APGA) in Izzi Local Government Area.