Never judge a book by the cover by Bianca Ojukwu 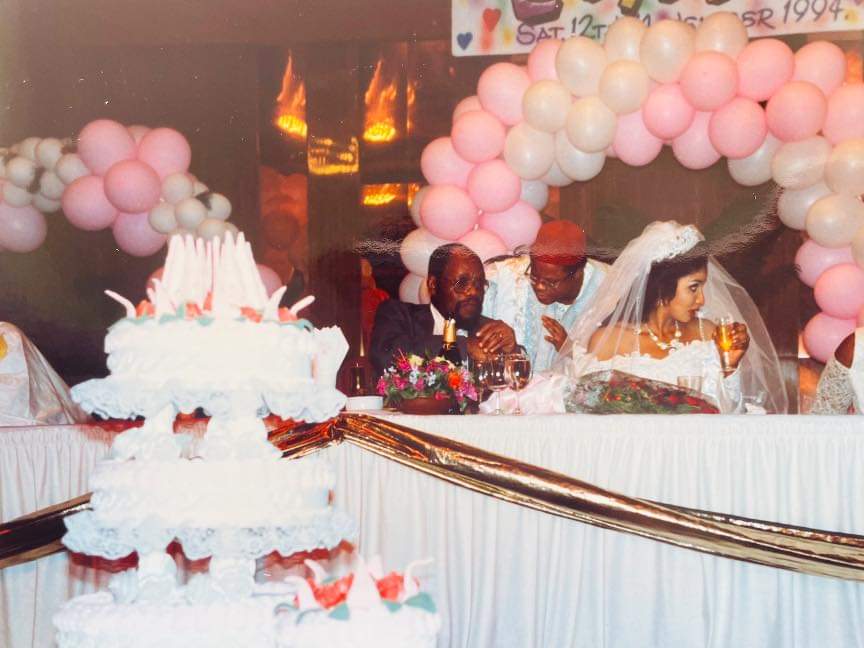 Each time I see this picture, the rather funny but sad story of this wedding cake on the left comes to mind.

I was told by a good friend, during my wedding preparations that there was a lady at Enugu that makes great wedding cakes. In fact, my friend, though not familiar with the lady, offered to take me to her.

Dressed rather casually, I decided to park my own Mercedes and I joined my friend in her own car which was a cute looking but modest Volkswagen (known as Beetle in those days) and she drove us to the cake maker’s place.

Upon our arrival, the popular cake maker, (whose name I withhold for obvious reasons) totally oblivious of my identity, took one derisive look at the car we arrived in, and was not impressed. I told her I needed her to make my wedding cake, and she started coming up with all manner of excuses.

First, she told me her cakes were very expensive and I definitely would not be able to afford it (at 25,000 naira in those days), and offered to direct me to a cheaper cake place, stressing that she only makes cakes for important personalities (even going ahead to drop names: such as one Union Bank manager, one boutique owner, etc. who in her estimation were ‘dignitaries’) but I told her that I could manage to afford it.

She then asked where the wedding was taking place and I told her it was at Abuja. She said I would have to pay for her transportation to Abuja to mount the cake and that since she only travels by air, not road, this added cost would be difficult for me to carry, to which I replied that I would pay.

She raised the issue of hotel accommodation, which I assured her, would be taken care of.

My friend kept nudging me and whispering in my ear, ‘Tell this woman who you are so she can put a stop to these nonsense questions,’ to which I replied no. I was secretly amused, albeit perplexed at that moment about human nature and social climbers, which by her attitude, this lady clearly was.

What I found surprising was that the lady herself was definitely not well off, her own car was an old Corolla, her surroundings not plush, and she was merely one of those ‘I must belong by all means’ type of people, yet she had the temerity to look down on others she considered not ‘rich.’

To cut a long story short, still not convinced that I could afford her services (judging by my casual dressing and the modest ride, which was not even mine, meaning I probably had no vehicle of my own), she briskly discharged us both, telling me to drop my number, and that she would call me.

I dropped my number with her under my Igbo name Odinaka, and we left. I never heard from her again.

I simply took up a generous offer from the Canadian chef at the Nicon Hilton Abuja then, who was a master baker, and my gigantic multi tiered wedding cake was made at no cost at all, simply as PR to market and advertise the Hotel’s services.

The Enugu cake maker one day, just a week to the wedding, saw the television broadcasts of our impending wedding which was a big event at the time, and realised it was me who had come to her place for a wedding cake.

She flew into a panic and quickly managed to find her way to my house, and started begging, with all kinds of bland explanations, asking why I didn’t introduce myself ‘appropriately’ (by which she meant as a ‘VIP’), and even offering to make the cake free of charge, but it was too late.

On this day, a beautiful breezy day in November 1994, it was a memorable wedding ceremony at the Nicon Noga Hilton (Today’s Transcorp Hilton), Abuja, the first wedding event ever hosted there. And it was grand.

This life size multi-step cake seen in this picture, much bigger and more lavish than any conceivable one the Enugu cake maker could ever have offered, was donated by the management of the Hilton.

The Enugu Cake maker lost a great opportunity to showcase her skills and her product since the event was telecast across the country – TV, radio, newspapers, magazines and every conceivable news medium – with the Hilton Master Baker taking the cake credits.

The last I heard, the Cakemaker’s business had since folded after she faced some difficulties in her business several years ago.

Moral of this true life experience is, NEVER JUDGE A BOOK BY IT’S COVER. We are all human beings, created equally before God, if not before man, regardless of our status in life.

We must never relate to others based solely on who or what they are, what they have, what car they ride or how expensively or poorly they are dressed. Everyday, people lose opportunities to forge valuable ties and long lasting friendships because of their snobbish outlook.

And best of all, when one door closes, another greater one will open by divine mercies. I lost a molehill but  gained a mountain.