By EditorNovember 15, 2022No Comments1 Min Read 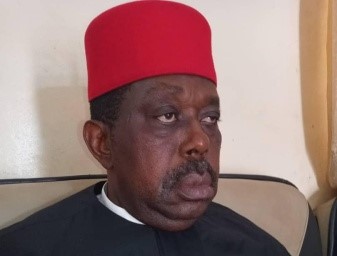 The quest for Labour Party presidential candidate, Peter Obi, to win the 2023 presidential poll has received a major boost with the recent appointment of a key figure in Igboland.

Igbo leader, Ichie Damian Okeke-Ogene, has been appointed as the South-East Zonal Coordinator of Obi-Datti Presidential Campaign Council for the 2023 Presidential Election.

The appointment was conveyed in a letter signed by the Director-General of the campaign, Dr. Doyin Okukpe.

His appointment has been well-received by many people who have been sending in goodwill messages.  An Anambra indigene stated: “It is my prayers that he carries out this assignment with the finesse and dexterity of purpose he is known for.”

Chief Okeke-Ogene is the National Vice Chairman of Ọhanaeze Ndi Igbo and has played meaningful roles in Anambra as well as South-East socio-cultural and political issues.

Chief Okeke-Ogene hails from Nanka in Orumba North Local Government Area of Anambra State. He has also led his people at various levels including in his state, Anambra. He is a respected member of Old Aguata Union, a strong assembly of old Aguata indigenes.