By EditorNovember 17, 2022No Comments3 Mins Read 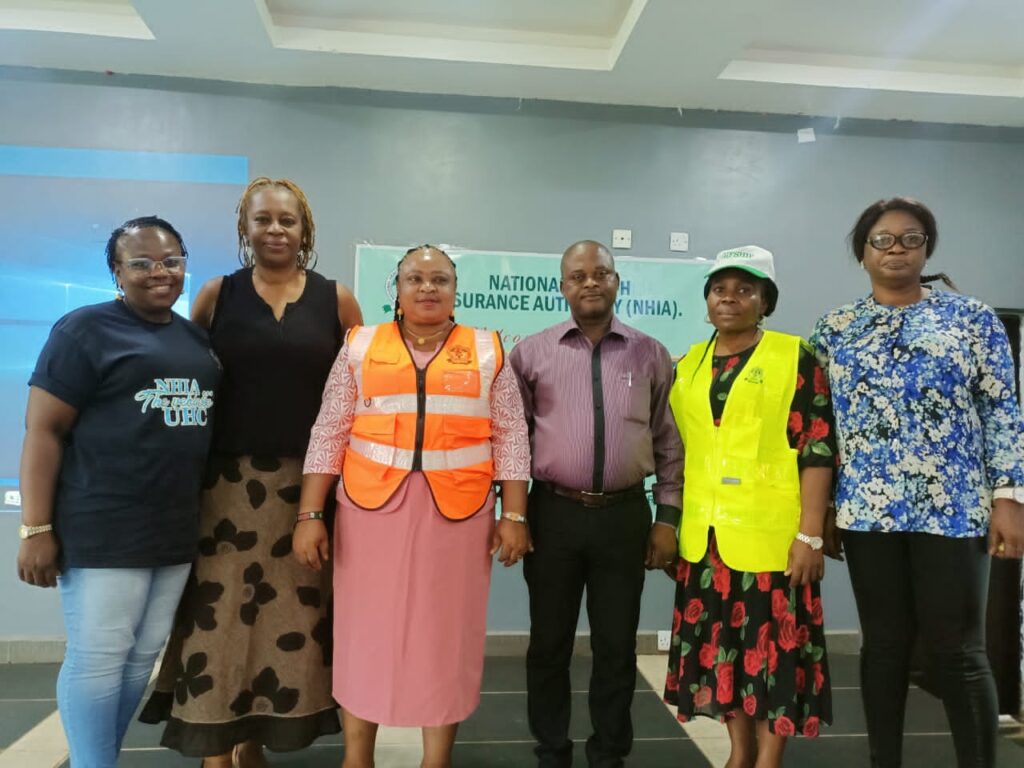 He said this in Enugu at a sensitisation meeting/enrollee forum organised by NHIA Enugu State office to increase awareness of enrollees’ rights and privileges.

The director general said the 2004 Act which established the National Health Insurance Scheme (NHIS) did not make enrollment compulsory hence the enrollment was slow.

“However, the new Act signed on May 19, 2022, has now made enrollment compulsory and also enlarged the scope of coverage to states, local governments and the private sector.

“This has increased enrollment and we are now sure of meeting one of the Sustainable Development Goals (SDGs) by 2030,” he said.

Speaking, the Enugu State Coordinator of NHIA, Mrs Stella Njoku, said the programme was designed to educate enrollees on their rights and privileges as outlined in the 2022 Act.

She said that, most of the enrollees do not know their rights and privileges under the Act, hence it becomes necessary to let them know.

Njoku said that, enrollees have several rights and privileges while accessing the scheme.

“Right to access healthcare at any NHIA facility in case of emergency; right to complain to NHIA or HMOs about any act of negligence.

“Right to be served with dignity and efficiency; seek redress when rights are breached; right to add or remove dependents, subject to approval by NHIA.”

The coordinator said that, following the new act, the Enugu State office has intensified awareness through creation of various sensitisation modules.

“I am happy to say that enrollment has increased including the private sector participation,” she said.

The state coordinator further said that the programme would change the misconception people have about the scheme.

“We also expect to get feed-backs and the way forward,” Njoku said.

Speaking, the Executive Secretary of Enugu State Social Health Insurance Agency, Dr Edith Okolo said that the state was happy to be part of the NHIA.

Okolo said that the scheme was anchored on achieving the Universal Health Coverage (UHC), adding that, Enugu State was well ahead of the national.

She commended the organizers of the event, saying that, it will go a long way in getting more people to enroll in the scheme.

He said that, NHIA enrollment would form part of the welfare programme of the council.