By EditorNovember 17, 2022No Comments2 Mins Read 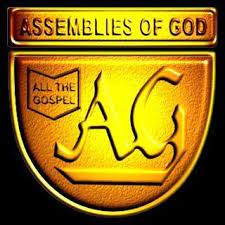 Rev. Amadi who was elected at the 37th General Council meeting of the church holding at Evangel Camp Okpoto, Ebonyi State, scored 3,232 out of the 4441 total votes cast to emerge.

The incumbent General Secretary, Rev. Godwin Amaowoh, garnered 1,208 to finish second in the fourth and final round of the votes cast.

Other nominees were eliminated after the second round of the voting as there was ‘no election’ following the inability of any of the nominees to secure the constitutional two-third votes.

A total of 9,121 delegates  were shortlisted to participate in the  exercise but the total vote cast at the final round was 4441.

Voting started around 11:00 am on Tuesday and lasted till 12:09 am on Wednesday before the new GS emerged.

The Council meeting which is attended by delegates and Ordained Ministers from all over the country holds every four years.

The new GS will be taking over from the incumbent GS, Rev. Pastor Ejikeme Ejim whose will be bowing out meritoriously in December 2022.

The exercise was peaceful and calm.