By EditorNovember 18, 2022No Comments3 Mins Read 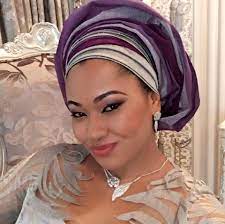 The PDP Senatorial candidate for Kogi Central in the 2023 general election, Natasha Akpoti-Uduaghan, has accused the Kogi State governor Yahaya Bello of pardoning one of the suspects linked to the Owo massacre, who was facing a death sentence at the Suleja Correctional Facility.

Natasha, who is a strong advocate for the revival of the Ajaokuta Steel Company, made the comments while speaking to Rudolf Okonkwo of the online interview programme, 90MinutesAfrica.

The war of words between Natasha Akpoti-Uduaghan and the Kogi State Government took a new twist when the government, through the Commissioner for Information and Communications, Kinsley Fanwo, called on the security agencies to investigate Miss Uduaghan for her alleged links with one of the suspects of the church massacre in Owo, Ondo State.

Gov. Yahaya Bello accused the former gubernatorial candidate of the Social Democratic Party (SDP) in Kogi State of openly identifying with Safiu, who is linked to the bloody attack on a Catholic Church in Owo as well as the daring jailbreak in Kuje Correctional Facility which led to the escape of scores of Boko Haram and ISWAP members.

However, Natasha Akpoti-Uduaghan, during the interview, denied any link with the terror suspect, who is currently in the custody of the Department of State Services (DSS) after his arrest by the Navy at the Trademore Estate in Lugbe.

“Safiu was actually an inmate on death-row at the Suleja Correctional Facility who Gov. Yahaya Bello released just before the 2019 election so that he and others that were released from prisons across Nigeria would be deployed as political thugs in the election,” the senatorial candidate said.

She narrated further: “After the 2019 election, in which Safiu played a huge role in terrorizing the opposition, he was called upon a few months back to resume the attacks and possibly kill me and other PDP chieftains, but the man turned down the offer because he had since married and started a family so life now probably has a different meaning for him.

“So I got to know that Safiu turned down the governor’s advances and created a group called ‘Say No to Violence and Terrorism,’ which saw him visit churches, mosques, and some traditional rulers in Kogi Central, advising young people not to avail themselves to be used as political thugs. So that further infuriated the governor, and he planned to get rid of him.

“If Gov. Yahaya Bello says that Safiu is a terrorist and is responsible for the Owo massacre as well Kuje Prison break, then the only person that should be held responsible is the governor because Safiu was actually in the Kogi State Government House when both events occurred. Yahaya Bello should tell Nigerians why Safiu was a common face at the Government House. What was he doing,” Miss Uduaghan queried.

She restated her readiness to honour any invitation from the DSS on the subject but advised that the Kogi State governor and Safiu should also be invited and the interrogation done publicly so that Nigerians would know the truth.