By EditorNovember 18, 2022No Comments2 Mins Read 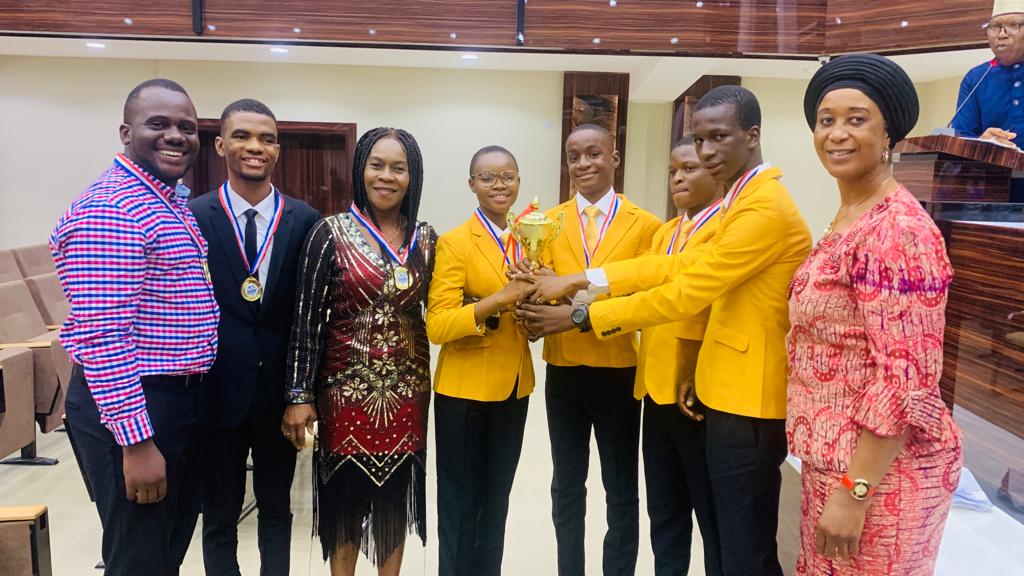 The President’s Inter-Senior Secondary Schools debate Championship is an annual debate competition organized by the Presidency through President’s Schools Debate Nigeria for all states across the country.

Governor Soludo described the success achieved by the students as another positive narrative coming out from Anambra State, the Light of the Nation.

“We are all very proud of the team for this fantastic performance. I’m glad that as a result, they will eventually proceed to Vietnam, come 2023, to represent Nigeria at the World Schools’ Debate Championship.

“Defeating all participating states in the preliminaries and facing the Nassarawa State team in the grand finale to emerge the best is worth commending.

“This is the Anambra spirit of excellence in action and I’m glad that our steady efforts in  rounded educational development in the state is gradually yielding the much desired fruits.

“I specifically celebrate the Commissioner for Education, Professor Ngozi Chuma-Udeh, her team and the debate delegation for doing the State proud,” the Governor added.

“In the coming days, our newly recruited teachers will make their ways to our classrooms as part of my administration’s efforts to end the era of schools without teachers across the state.

“We will continue to affirm our resolve to improve the quality of our teachers and teaching as a basis for development. We will intensify efforts in this regard,” Governor Soludo further added.