Enugu: I will be sworn-in as governor in 2023 – Frank Nweke Jnr boasts

By EditorNovember 20, 2022No Comments3 Mins Read 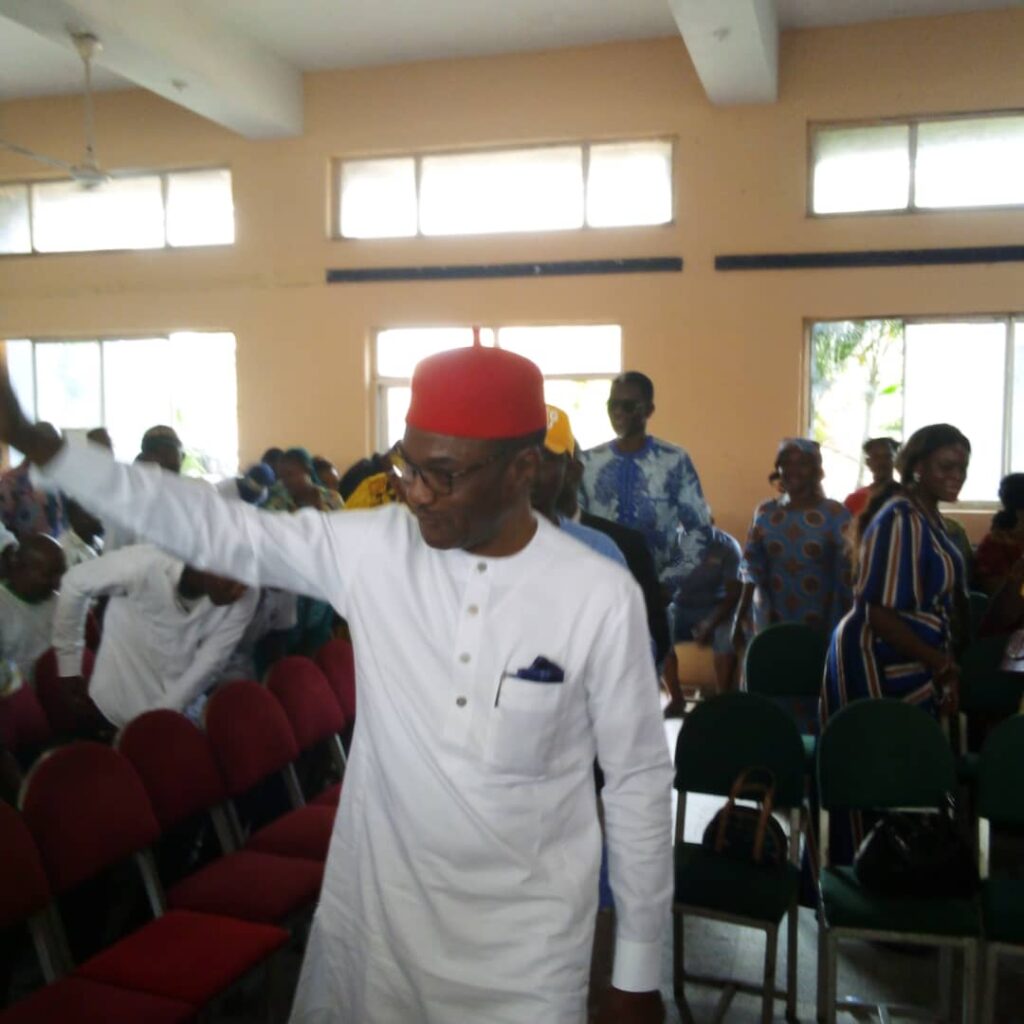 Mr Frank Nweke Jnr., the gubernatorial candidate of All Progressives Grand Alliance (APGA) for Enugu State, says he is confident that he would be sworn-in as the next Governor of Enugu State in 2023.

He said this at the weekend at a stakeholders meeting organised by the Enugu State Citizens’ Support  for Equity and Good Governance (ESCSEG) in Enugu.

He said his optimism was based on his past track records in economics and administration having traversed the globe and his goodwill.

He urged the the electorate to shun money politics in next year’s election and vote for competence and integrity.

“With your support and the support of our teeming youths and women of Enugu State, I am confident that I will be sworn-in as the next governor of this state in 2023,” he said.

He further said that, if elected, his administration will abolish multiple levies and chase touts out of the state.

Nweke said that any prospective investor needs a conducive environment to carry out his business without fear of molestation.

“Enugu State under APGA (my government) will abolish multiple levies and taxes and chase touts out of Enugu and create a favourable environment for business to flourish.

“I will not tolerate touts chasing people around; all ‘agberos’ will go home,” he said.

The APGA flag bearer said, he will establish a special commercial court, for quick dispensing of disputes among business partners.

He said that, he would use his wide contacts to attract investors to the state, adding that, the state under his watch will become an investor’s destination.

“Investors need conducive and enabling environment and a responsive and trustworthy government.

“My word will be my bond; as a governor, anything I say with my mouth shall be done,” he said.

He also said that, the issue of worsening insecurity in the state was going to be top priority on his agenda.

“Under my government, insecurity will be a thing of the past,” said.

Nweke, who was a former Minister of Information, said the best method he will apply to check insecurity was shared prosperity.

“One of APGA’s philosophy is shared prosperity and I believe this is one of the most potent force in fighting insecurity in the state.

He said he would use the resources of the state to work for everybody and every part of the state.

Nweke said he was sure of becoming the next governor of the state in 2023 and urged the members of ESCSEG to go into the rural areas to mobilize the voters to get their PVCs.

Speaking, the Enugu State Coordinator of the ESCSEG, Mr Onyendozi Onwe, described Nweke Jnr as a household name both in Enugu State and Nigeria.

He said the group has been following his manifesto very closely and believe he has the potential to transform Enugu State, hence they invited him to come and talk to the people.

Onwe said that the group has been moving round the state mobilising the electorate to get their PVCs and be prepared to choose a capable leader for the state come 2023.

“We believe that, with the new innovations by the INEC, 2023 will provide Nigerians with the opportunity to have free and fair election,” he said.