By EditorNovember 21, 2022No Comments2 Mins Read 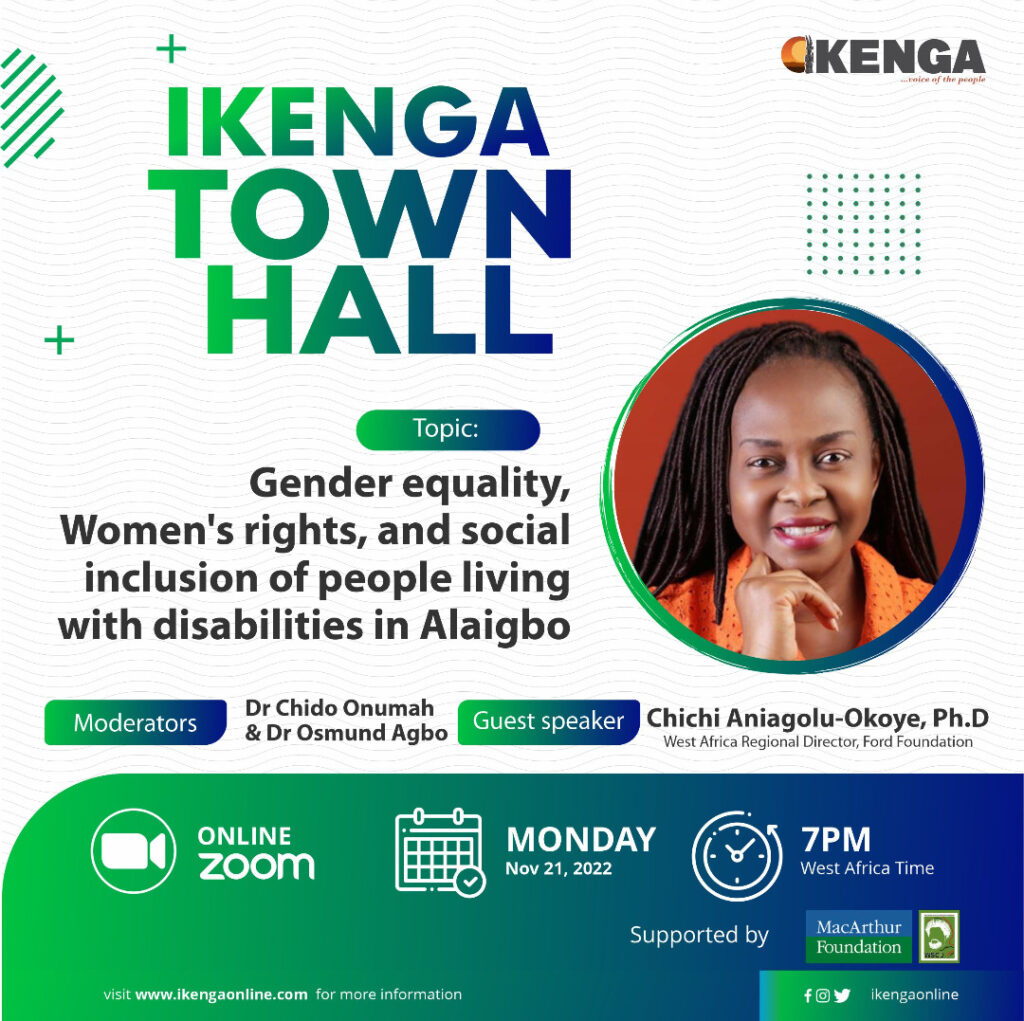 She was the Deputy Programme Director, EU-Support to Reforming Institutions Programme, and currently, Country Director, TechnoServer.

The release gave the theme of the town hall meeting as: “Gender Equality, Women’s Rights, and Social Inclusion of People Living With Disabilities in Alaigbo.”

The event is scheduled for 7:00 pm West African Time WAT).

The town hall meeting is sponsored by MacArthur Foundation in conjunction with the Wole Soyinka Centre for Investigative Journalism (WSCIJ).

Ikengaonline, the on-line flagship of the South-East has been organizing series of virtual town hall meetings aimed at giving media attention to issues of regional and national interest in the South-East geopolitical zone.