Pastor cries out for help as hospital detains son over N1.6 m bill 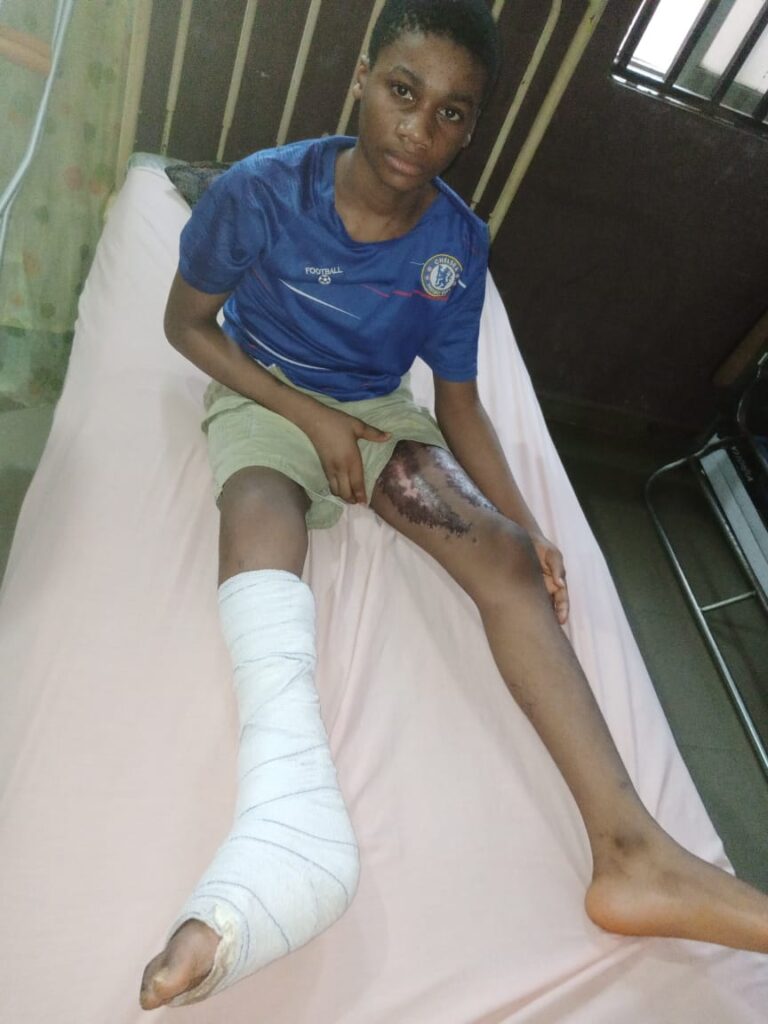 This is as his father, Pastor Paul Nwachukwu of the Assemblies of God Church, Amita Isiagu, has appealed for assistance to enable him  clear the N1.6 million medical bill of the boy detained by the hospital after his treatment.

The cleric who was in tears during an interview with Ikengaonline, passionately appealed for urgent assistance from members of the public to alleviate the pains of the family.

His son, ThankGod, is currently detained at the Holy Child Orthopedic Hospital, Agbani Road Enugu, following the inability of the family to pay his medical bill.

According to the father of six, the family has passed through some grief since the unfortunate incident happened one year ago.

He said that his son was knocked down by a hit-and-run motorcyclist on November 6, 2021 while the boy was returning from band practice in the church.

According to Pastor Nwachukwu, the motorcyclist who was said to be driving without light fled the scene after shattering the ankle bone of the victim.

“We later found him (the motorcyclist) but he said he had no father and mother, and has not been able to make any financial contribution for my son’s treatment,” the Pastor agonised.

He said that the family was left with no choice than to seek medical attention for the boy.

The Pastor thanked the Management of the hospital for giving attention to his son who he said could now walk again although with the aid of crutches.

The cleric said that his son was discharged in September but detained pending the payment of the outstanding bill.

He, therefore, appealed to Government, organisations and public spirited individuals to come to the aid of the family.

He said that the joy of the family would know no bounds if the medical bills were cleared so that his son could continue with his studies.