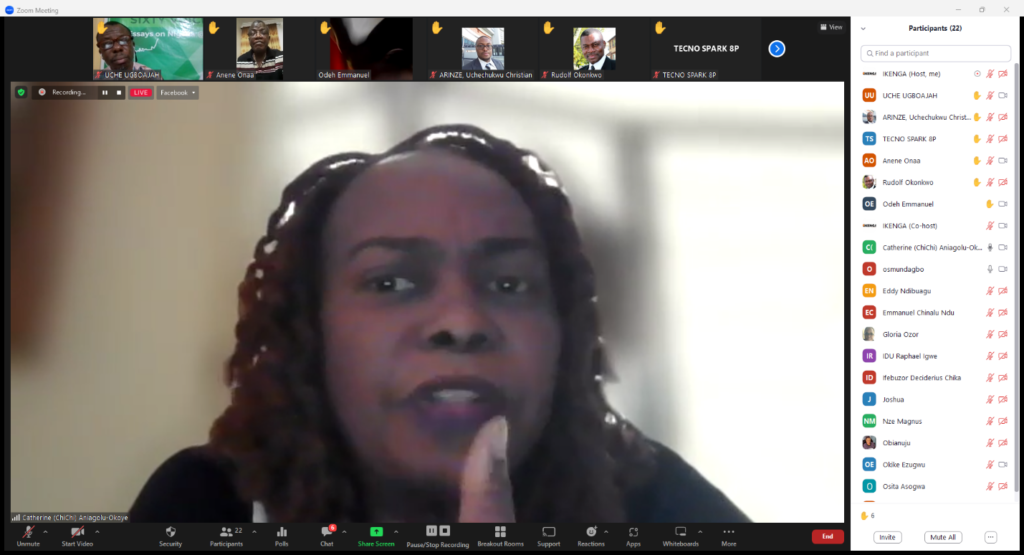 In 2019, Nigeria’s President Muhammadu Buhari signed into law the Discriminations Against Persons with Disabilities (Prohibition) Act which prohibits all forms of discrimination against persons with disability.

But the Ford Foundation Director said despite the success of the Act, it had not been implemented in most states in the country, leading to the continued existential violation of the rights of persons with disabilities in the country.

“Some states have not passed the bill, while some created their law. Enugu is one of the states that has a disabilities law and a policy. But Anambra has taken further steps ahead of others and between 2007 and 2013 had empowered PWD by placing their qualified members into various levels of the state civil service and even provided enabling working tools for them. The state also provided PWDs  with grants, empowering them in sports and athletics and other special needs.”

She reeled out the challenges faced by PWDs in society including paying higher transportation costs, micro aggression, difficulty getting a marriage partner, being denied rights, and the tendency for their children to be stolen and used for rituals.

She also said institutions such as churches and schools were still not built to accommodate the disabled community despite campaigns and advocacies for such.

Continuing, she said: “The policies and general laws in Nigeria established to protect the rights of PWDs  have not yielded much. Despite the laws, conventions, and policies, the conditions of PWDs are still dire in Nigeria and particularly in the South-East.

“All over the country and beyond, women with disabilities are given lower academic opportunities, lower access to health, and fewer economic opportunities. They receive unequal access to credit, and training and are deprived of participation in elective positions as well as economic decision-making.

“Though not a Nigerian thing, the situation of PWD is further exacerbated by the poor socioeconomic and political outlook of the country. While nearly everybody in Nigeria is challenged, the situation of persons with disabilities is particularly challenging because of the environment they live in.”

On the way forward, The former Deputy Programme Director of, the EU-Support to Reforming Institutions Programme, called on the South-East governors to adopt policies that would reduce the discrimination against PWDs.

She said that the Disabilities Rights Commission when established,  would help in implementing the provisions made available in the Act, and drastically reduce the rate at which the rights of PWDs are violated in the zone.

She also urged community and religious institutions to create welfare and commissions to aid people with disabilities by providing wheelchairs, sensitizing their people, and instituting other policies that would be beneficial to the group in their areas.