Politics without bitterness as Obi, Soludo all smiles, hug at Bishop’s birthday

By EditorNovember 24, 2022No Comments1 Min Read 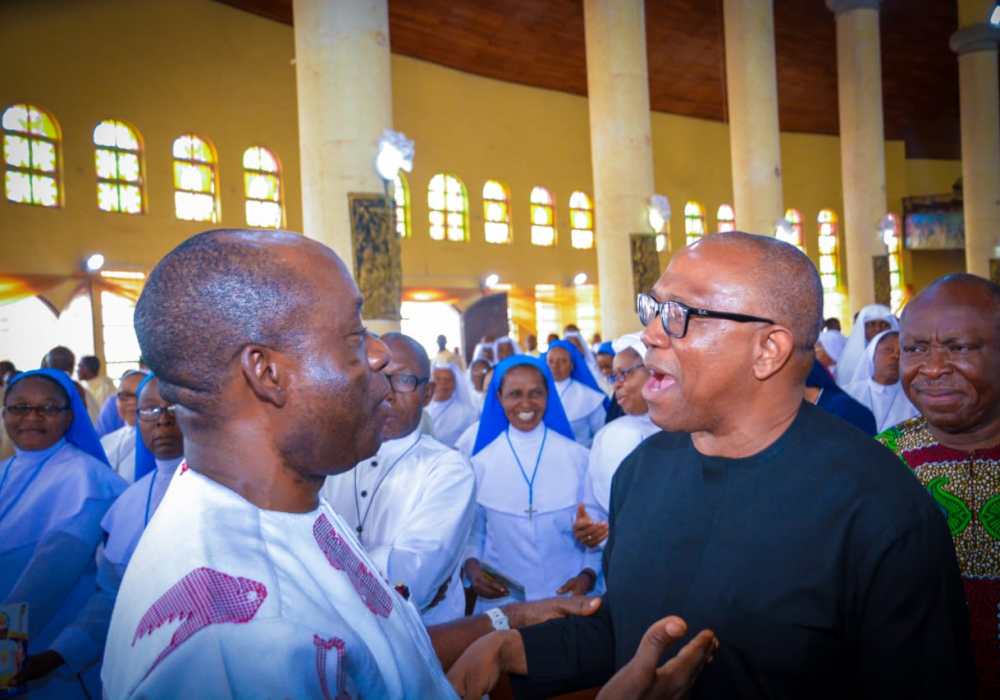 Barely ten days after the Anambra State Governor, Professor Chukwuma Soludo, lashed out at the Labour Party presidential candidate, Mr Peter Obi, the  two parties were all smiles as they were seen hugging each other on Thursday.

The warm embrace took place at St. Patrick’s Cathedral Awka during the Thanksgiving Mass organized in honour of the Bishop of the Diocese, Most Rev. Paulinus C. Ezeokafor, who turned 70 recently.

A statement from the Anambra State Press Secretary, Mr Christian Aburime, said Soludo was the person who stood and went to where Obi was seated to greet and welcome home the former governor.

“Before the Mass started, he stepped out from his pew and walked over to where the former governor was seated to greet him, welcoming him to the Capital city.

Soludo, it would be recalled, had on November 14, 2022 released a piece, in which he stated among other things, that the LP candidate’s presidential ambition was a “fleeting fancy,” that Obi will not win the 2023 presidential election and that he (Obi) knows that.