By EditorNovember 24, 2022No Comments3 Mins Read 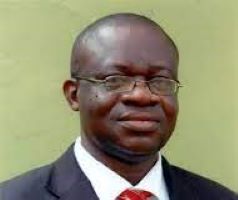 Dr Dan Ochi, Director General of Nsukka Chamber of Commerce (NCC), says there is high demand for yellow pepper, popularly known as “Nsukka Pepper” by companies within and outside Nigeria.

He disclosed this on Thursday in an interview with Ikengaonline in Enugu.

Ochi said that for farmers to meet the current demand for the crop, it requires funds and tools for mass production.

“Until recently when the government placed a ban on exportation of fresh pepper, we have been exporting fresh pepper, but now we are into processing.

“As, I speak with you now, we have an order to supply 100,000 metric tonnes of pepper to the USA and United Kingdom monthly.

“Currently, a company in Onitsha had placed an order for 17,000 metric tonnes of processed pepper, so, the demand is huge,” he said.

Ochi said that, for the farmers to meet the market demands, it needs to mass produce in the face of numerous challenges.

“Right now, the farmers still rely on rainfall to plant pepper, they don’t plant all year round like using irrigation system.

“We need irrigation farming and mechanization and all these are capital intensive, it requires huge funds,” he said.

. The Director General said the chamber has been sensitising entrepreneurs in Nsukka on how to take advantage of the numerous opportunities to grow their businesses.

“We build their capacity, on how they can be able to access MSMEs intervention funds.

“We also collaborate with the Faculty of Agriculture, University of Nigeria (UNN) to train the farmers on modern crops production

“Building their capacity and trying to let them know that, agriculture has gone beyond itinerant farming to mechanisation,” he said.

According to him the chamber profiles rural farmers through community leaders, traditional institutions and church leaders.

He said that, most of the farmers in Nsukka were subsistent farmers.

“They farm for what they eat and sell the remaining, so, it is part of our mandate to sensitize them to look at agriculture beyond consumption but as a business.

“We have also been making sure that our farmers were abreast with current information on farming and how to access intervention fundings,” he said.

Ochi disclosed that in 2021, the chamber secured an intervention fund of, over N300,000 for those who were willing to take loans.

He, however, decried the naivety of most of the farmers in accepting loans because of fear of not meeting up the requirements for repayment.

“One of the problems we have is that our people are naive, they are scared of collecting these loans because of paying back, so, they prefer grants which is free,” he said.

Ochi said that the six years old chamber was doing well in spite of challenges.