By EditorNovember 27, 2022No Comments3 Mins Read 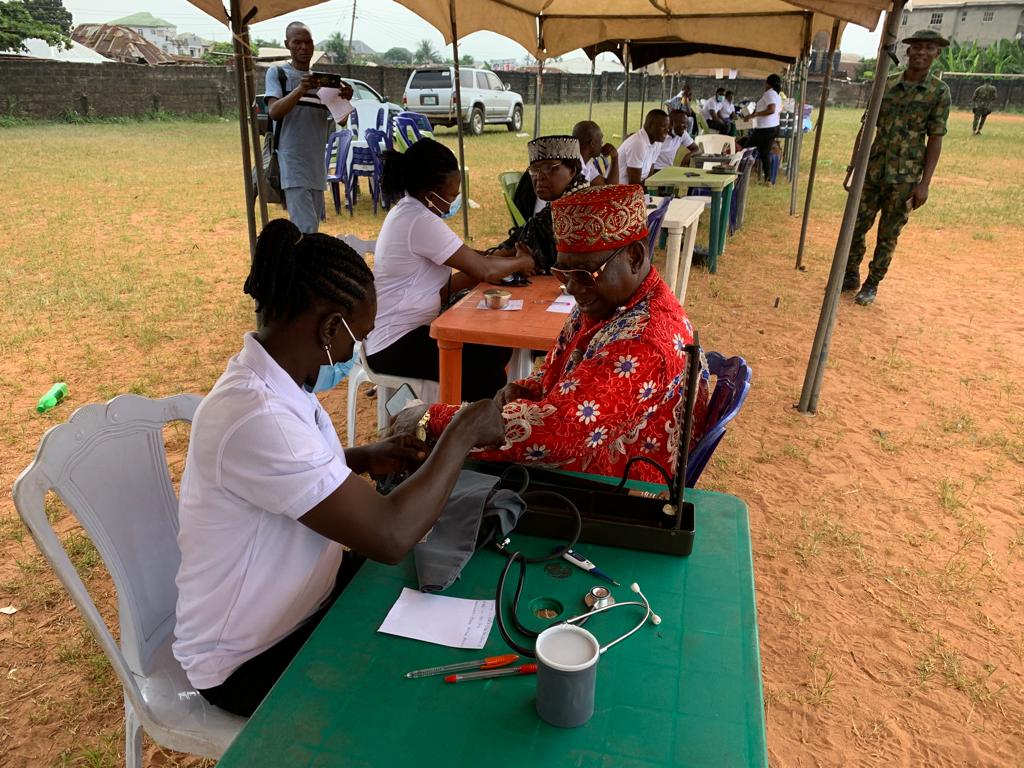 Five years after the infamous Operation Python Dance during which the Afaraukwu country home of the Leader of the Indigenous People of Biafra, IPOB, Mazi Nnamdi Kanu, was invaded by security operatives, the Nigeria Army, Saturday, conducted a free medical outreach at the community.

Kanu’s Special Counsel, Mr Aloy Ejimakor, had during the hearing of a suit by the IPOB Leader against the Army at Umuahia High Court, claimed that his client fled for self preservation following the September 14 raid of his compound.

Meanwhile, the Army has said that the free medical outreach is part of the Civil -Military Cooperation (CIMIC) programme of the on-going operation Exercise Golden Dawn II.

The Commander, 14 Brigade Nigeria Army, Ohafia, Brig. Gen. Adegoke Adetuyi, told newsmen at Afaraukwu Technical School venue of the outreach, that “the free medical outreach is aimed at assuring the good and loving people of Afaraukwu of Nigerian Army’s genuine concern in their affairs.”

He said that this had been demonstrated in the readiness of the troops to not only provide adequate security for the people this Yuletide season but also to support their well-being always.”

He further stated that the outreach was to strengthen the existing cordial relationship between Abians and the Nigerian Army.

Gen. Adetuyi said that the Nigerian Army “is ever ready to perform its constitutional role of giving necessary support to the civil authority in providing necessary conducive environment for electioneering activities towards 2023 general election in the state.”

The Commander also said “the medical outreach is targeted more towards the less privileged, the aged and children in the community by providing succour to them at a time like this, thus demonstrating the brotherly love that exists amongst us Nigerians.”

Stating that the good people of Afaraukwu should see  the outreach as a way of the Chief of Army Staff saying ‘You are our people, we will always love you!’

In a remark, His Royal Majesty Eze Edward Ibeabuchi of Afaraukwu Ancient Kingdom, commended the Army for the gesture, which he said was the first of its kind in the community.

He prayed God to bless the Army command for the kind gesture.

One of the beneficiaries, Evangelist Carolina Obioma, thanked the Army for the outreach which she said came to her as a surprise.

“I never knew the Army which uses gun can also use drugs,” she told Ikengaonline, adding that ” God will make their children useful and heal their pains and diseases.”

Another beneficiary, Charles Nnochiri (a k.a Coach), appreciated the Army for the gesture, and prayed that “God will not allow them to be lost on the battle ground.”

He said that the gesture had brought a huge relief to the locals especially the indigents ones.