By EditorNovember 27, 2022No Comments4 Mins Read 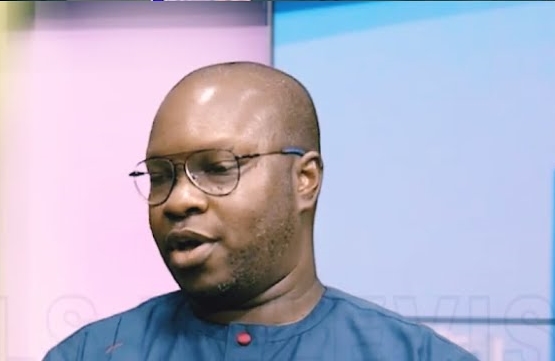 I had a discussion with someone yesterday that brings to my mind the nature, to some extent, of the damage that the current ‘Japa’ wave is doing. This time, not to the body-corporate Nigeria, I’ve discussed that in some form here, and I’ve done a Twitter thread on the effects on the middle class, who are the primary movers of this migration.

I always recommend reading Tunde Leye’s 2017 piece about why people were leaving Nigeria five years ago. The Lekki Massacre of two years ago merely accelerated what was already a trend. But not much is being said about the effect of this trend on the lower classes, the people who used to be house helps, nannies, stewards, drivers, cooks and maiguards. A story I was told yesterday brought this out in very harsh terms to me, and I think retelling it is in order.

A friend left with his family last year. When they left, their driver, maiguard, and house help, all became unemployed. I have no clue what has become of either driver or maiguard, but my driver is acquainted with the former house-help, and yesterday, I got updated on her history post-March 2021, when her employers left the country for Canada.

She is from Benue State but had nothing to return to there because of various issues, top of which are a lack of jobs and insecurity, so she ended up moving to Ibadan and staying with friends there. As these things go, she met a young man and, in short order, got pregnant and now has a baby boy. The father, who is unknown to my driver, abandoned her with the child, and she is now virtually destitute and begging for food up in Ibadan.

My immediate advice was that she should go back to her village with the baby. You see, as far as I know, there is no way in Nigeria, that she would starve in the village. Yes, she would lack a lot, and yes, there would be no money. But my thinking was and is, “go back, stay a while with the child, let your family get used to having him around, then come back to Ibadan/Lagos on your own and find a job so you could be sending them money, and as you stabilise, you could send for your son.”

My driver said he had given similar advice, but it was rejected off-hand. Apparently, she is too ashamed to go back. While I am of the opinion that she is not thinking, I understand that social pressures could be significant, and I accept that most people in her position would be unable to cope with the shame of falling from being the breadwinner to being virtually destitute, plus, large tracts of our country are still socially conservative, so an unwed young mother being seen as a burden on a poor family is very unlikely to go down well. I see why she would not want to go back home. Personally, I’ll see what I can do to help (and if anyone is of like mind, reach out to me so I can make introductions), but at best we are helping one person.

According to the UKVI, almost 32,000 Nigerians were granted student visas in the last year alone. Most of these people came with dependents, which means they had the resources to move with family. That ability to move multiple dependents across borders places such people solidly in Nigeria’s upper middle class. The very kind of people who were able to afford to, while living in Nigeria, employ domestic staff. Nannies/stewards/house helps were typically the one essential member of staff that such people hired. This would mean that in the last year, 32,000 low-skilled workers in Nigeria have lost their jobs. The average wage for stewards (at least as of 2019) was ₦30,000. Many of these people used to support families that were poorer still, and through no fault of theirs or of their erstwhile employers, if we are to be brutally honest, that essential lifeline was yanked away.

Where does all of this lead?