By EditorNovember 28, 2022No Comments2 Mins Read 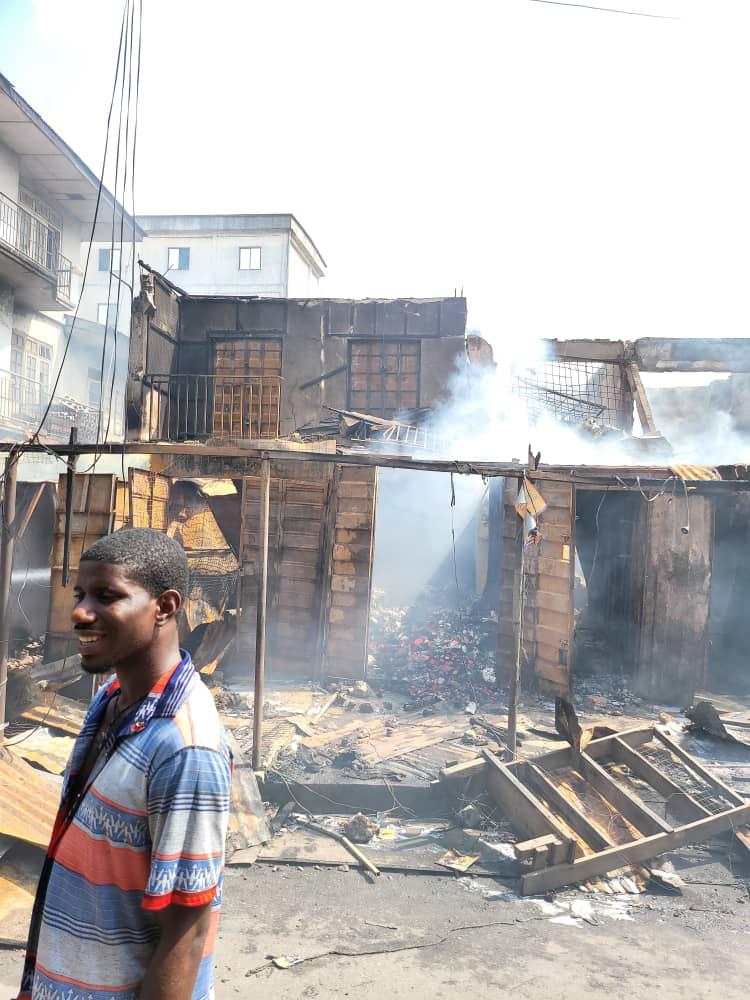 Goods and property worth millions of naira have been lost in a recent fire outbreak in Onitsha Main Market, Anambra State.

Sources said the fire started in the early hours of Monday morning. It said two block of shops within the section of the market known as Kano Street were razed by the inferno.

The source also said efforts by fire fighters who arrived the scene shortly to put out the fire was not successful as the fire continued raging.

Confirming the incident, Fire Chief, Engr Martin Agbili, said his men were promptly deployed to the area immediately he was alerted.

“However, we deployed our fire truck and firefighters to scene of fire and they have been working there. They have gone for refilling of the fire truck twice,” he said.

The Spokesman of the Anambra State Police Command, DSP Tochukwu Ikenga, said the fire was caused by electrical upsurge in one of stores in the market.

“The situation is under control. No life was lost, though goods worth millions of naira have been affected.

“Preliminary information shows that the cause of the fire is as a result of electrical upsurge from a Cosmetics store in the storey building. Our personnel are still there monitoring.

The PPRO warned the members of the public to always turn off their appliances before leaving the house and offices to avert re-occurrence of the incident.

Commiserating with the victims in a statement released by Christian Aburime, the Press Secretary, Anambra State Governor, Professor Chukwuma Soludo, expressed sadness over the incident that left shops and goods razed and losses incurred.

“I commiserate with the shop owners over the inferno.

“As a responsive government, we are already on top of the situation, investigating the remote and immediate causes of the fire, as well as the losses incurred with a view to averting a future recurrence of the disaster,” said Professor Soludo.

“Efforts of our emergency responders like the state fire service contributed in extinguishing the fire and I find their efforts heartwarming.

“I encourage those affected to remain strong and resolute in the face of the extreme loss as we continue to work with relevant institutions to find lasting solutions to the perennial fire incidences across the state,” the Governor further stressed.