By EditorNovember 29, 2022No Comments2 Mins Read 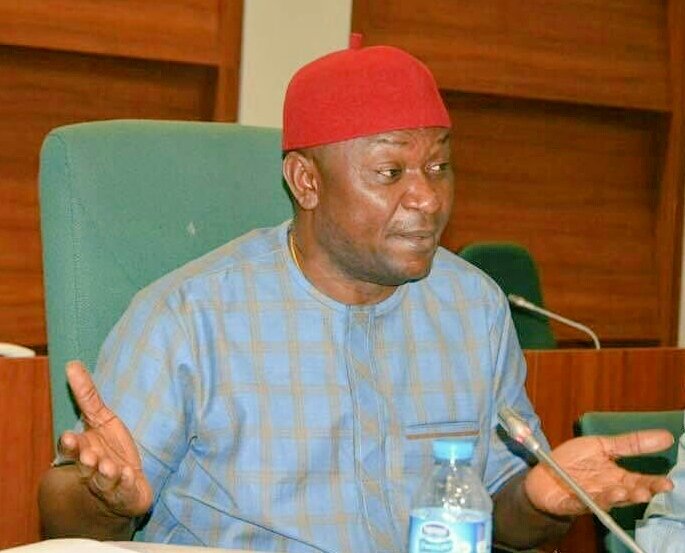 He was reportedly granted bail today by a State High Court in Abakaliki, capital of Ebonyi State.

Speaking after his release, Mr Okorie thanked the State Governor, David Umahi and his Elder Brother and Lawyer, Roy Umahi, for the roles they played which led to his release.

He also called for peace by his supporters and urged them not to use uncouth language going forward towards any candidate or government official.

He further commended the judiciary for their roles and his Onicha Igboeze Community for not resorting to violence in seeking for his release.

“There are no enemies, there should be no cursing or abuse of anybody. What happened is part of democratic process and it has been resolved.

“I thank him, I  thank the judiciary and I thank Onicha Igboeze for standing up to speak and not going into violence because violence solves no problem. I believe that lessons have been learnt from all of us and we shall live in peace and move forward,” he said.

Mr. Okorie was taken away by gunmen on the morning of October 17 (Sunday), 2022, while driving out of his Abakaliki residence to the Onicha Local Government Area of the state, where he was to have a meeting with his supporters.

His whereabouts was uncertain throughout Sunday until news filtered in on Monday morning, October 18, that he was arrested by members of the Ebubeagu Security Outfit in liaison with the National Drug Law Enforcement Agency, over alleged illicit drug dealings.

But, on that Monday morning, the NDLEA State Commandant, Iyke Uche, denied ever knowing the whereabouts of the former lawmaker, saying the agency neither met him nor arrested him.

However, the Ebonyi Police Command, same day, insisted the LP chieftain was rather arrested on the grounds of his illicit drug involvement in the state, saying he was neither kidnapped nor abducted.

He has been in detention at the facility of the Nigerian Correctional Services, for the past one month.