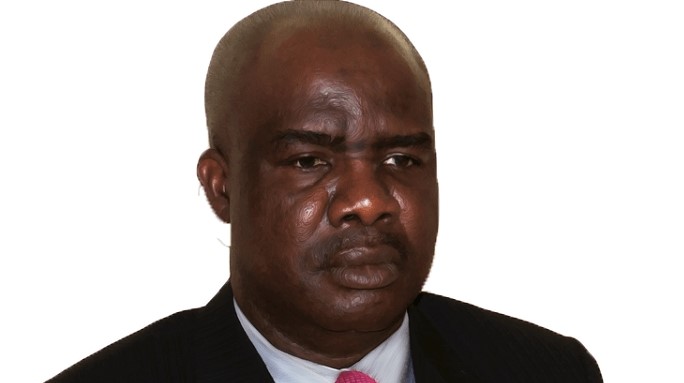 Attempt by one of the governorship aspirants of the All Progressives Grand Alliance, APGA, in Abia State, General Ijioma Nwokoro Ijioma (Rtd.), to stop the party’s flag bearer, Professor Greg Ibe from flying the APGA flag in 2023, has been quashed by the Federal High Court sitting in Umuahia.

The court presided over by Justice Evelyn Anyadike, Wednesday, dismissed the suit filed by the retired General, saying it lacked merit.

Gen. Ijioma, had sought the relief of the court to cancel the May 29 APGA governorship primary that produced Professor Ibe alleging irregularities in his election.

He  claimed that the state Chairman of APGA, Rev. Augustine Ehiemere, used his position to give undue advantage to Professor Ibe over other aspirants.

Ijioma who claimed that Ibe flooded the venue of the primary with thugs, further alleged that APGA governorship flag bearer financially compromised the delegates.

He further claimed that Professor Ibe was still a member of the Peoples Democratic Party, PDP, when he emerged as APGA governorship candidate.

Ijioma had equally claimed that Ibe participated in PDP’s governorship primary held on May 25.

He urged the court to either cancel the governorship primary and order for a fresh primary or declare him the authentic governorship candidate of APGA.

Delivering judgment on the suit, Justice  Anyadike, held that the plaintiff failed to prove how defendant was given undue advantage over other aspirants.

Justice Anyadike  held that the admittance by the plaintiff that he (plaintiff)   provided coaster buses  which conveyed over 200 delegates to the venue of the primary was not different from the effect of the alleged  action of the defendant.

The court further held that the claims by the plaintiff could not be substantiated by admissible evidence.

The court further held that the choice of the candidate of any political party was an internal affair of the party and not justiceable.

It, therefore, dismissed the suit for lack of merit, saying that the plaintiff failed to prove his case against the defendants.

Before delivering the judgment, the presiding Judge had told the court that he got a phone call the preceding night, threatening him not to deliver the judgement.

He warned those behind the threat  to retrace their steps, vowing that no amount of intimidation will stop her from discharging her duties.

“I’m under oath to dispense justice without fear or favour, and no man born of woman will stop me from doing my job.”

Counsels from both parties had sympathised with the Judge over the sad development, and suggested that the caller’s number be volunteered to security agencies for necessary action.

The plaintiff in an interview with newsmen, expressed dissatisfaction with the judgment, dismissing it as a miscarriage of justice.

He vowed to pursue the matter to the apex court.

He said: “Judgment was delivered today but justice denied. We are going to expose this judgment at the court of appeal, and if need be to the supreme court.”

In an interview also, Professor Ibe hailed the judgment, and described it as a triumph for the masses.

He thanked the judiciary for the judgment, saying he has been vindicated.

The Professor of Entrepreneur noted that he had been faced with a lot of challenges since he declared interest in the race.

He, however, gave glory to God for giving him victory over the various obstacles against his candidacy.

“We have been faced with challenges from principalities and powers, from brothers and friends, people that we showed love when it mattered most; people of the same family.

“But on their own they decided to take us to court after a free and fair primary that was streamed live by one of the aspirants, Etigwe Uwa, SAN.

“When they went to court, out of our love and loyalty to party we visited  them to solicit their cooperation to help us rescue and rebuild Abia but they refused.

“So, I defended the mandate that APGA delegates and members gave to me, and today, God has answered our prayers. We thank the judiciary for seeing and speaking truth to power, to those who want to destablise the growth of Abia State.”

Professor Ibe said that he had been encouraged by the judgment to commence his campaigns in full force, hinting that he will unveil his campaign council on Friday.

Professor Ibe said that Abia under his administration would witnessed a rapid economic transformation that would make the state the pride of the Igbo man.

He noted that anti-democratic forces holding the state down had mobilised against him, but he expressed strong confidence in God that he would always triumph.