By EditorNovember 30, 2022No Comments7 Mins Read 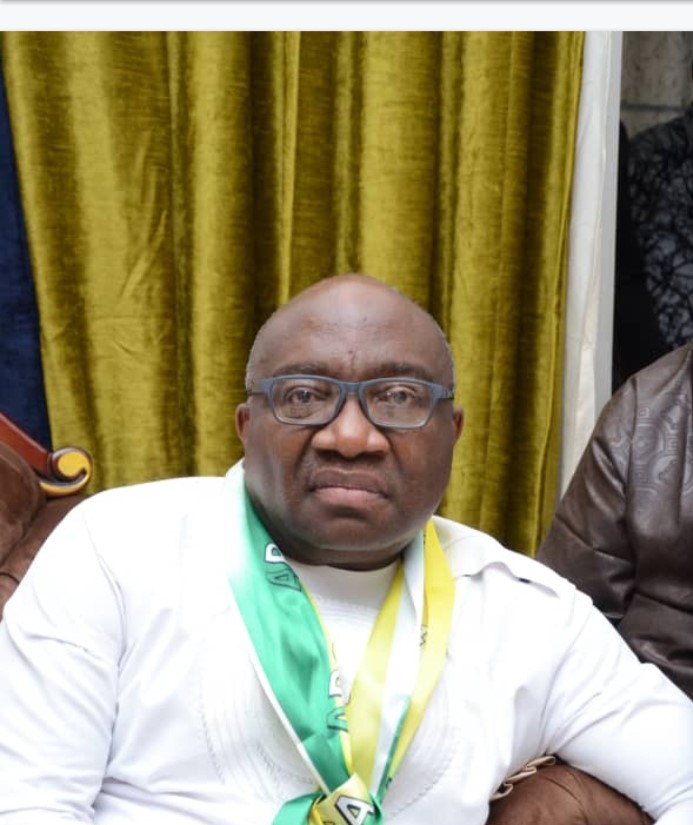 The governorship candidate of the All Progressives Grand Alliance, APGA, in Abia State, Professor Greg Ibe, has challenged Governor Okezie Ikpeazu, to explain to Abians how he deployed the over N4 billion, which represents the state’s share of the 13% Oil Derivation Fund.

Professor Ibe also challenged Ikpeazu to publicly account for the funds and palliatives he received during the COVID-19 lockdown.

“Ikpeazu should also come clear about how the tons of food items and money he received from different donor agencies, the Federal Government, corporate organisations and public-spirited individuals during the COVID-19 lockdown were distributed,” Ibe demanded.

Ibe who was responding to a statement by the  Governor’s Chief Press Secretary, Mr Onyebuchi Ememanka, that he had no electoral value, accused Ikpeazu of associating with the “Gov. Nyesom Wike-led G-5 Integrity Governors to cover up his under-performance and shore up his political image.”

The Governor’s aide had claimed that Ibe had no electoral value and only dumped the ruling Peoples Democratic Party, PDP, for APGA after failing to secure Ikpeazu’s endorsement.

Ikpeazu had also while speaking at the formal flag off of PDP campaigns in Umuahia, dismissed governorship candidates of other political parties as people without relevance who were picked from PDP’s wastepaper bin.

But in swift reaction, Ibe told Ikpeazu to go beyond mere association with the G-5 Governors and replicate their developmental strides.

“The leader of his G-5 Integrity Governors, Nyesom Wike has openly acknowledged that Rivers received over N80 billion from the Federal Government being accruals from the oil revenue that were stopped by previous administrations.

“Wike also pointed at legacy projects he deployed the funds to, and revealed that other Governors in the Niger Delta States also received similar funds. Thank God for the BBC investigation that further revealed that Abia State received over N4 billion from the Federal largesse. Can our dear ‘performing’ Governor point at what he did with Abia’s share of the funds?”

Professor Ibe claimed that if the Governor were prudent with funds, he would have at least used the largesse to clear salary arrears of doctors threatening to embark on indefinite strike; or pay pensioners.

“If Ikpeazu were proactive and responsive as he wants us to believe, he would have known that a whopping N4 billion if judiciously deployed, would have ended the incessant protests by Abia pensioners over backlog of pension arrears and gratuities.

“Maybe, our ‘performing Governor’  needs to be reminded of the latest two-week ultimatum issued by the Nigeria Medical Association, NMA, to proceed on indefinite strike that will cripple the entire health sector in the state if the 24-month salary arrears of the affected doctors were not cleared.

“Is it not rather strange that after being hosted by his so-called brother G-5 Governors in befitting government houses in their respective states, Ikpeazu will return to apartments donated to the state by patriotic Abians as temporary Government House when the state was created 30 years ago?

“What stopped Ikpeazu from completing the Permanent Government House bequeathed to him in 2015? If truly he were a man of integrity as he claims, should he not have known that completing the Abia Government House is more honorable than building his palatial mansions at Umuobiakwa Obingwa, where he now hosts state functions in arrogant show of wealth and abuse of power? The story of the building of Umuobiakwa Towers is actually a story for another day.”

Professor Ibe told Ikpeazu that if he (Ikpeazu) could be elected Governor without any background of affluence, he too could much easily become Governor haven been “an innovator and employer of labour.”

“By the way, what was Ikpeazu’s electoral value when he became  Governor in 2015? Maybe they have forgotten so quickly but Abians have not forgotten his background.

“If somebody whose only known past record was carting away of refuse could be Governor, then a Professor of Entrepreneurial Science, an employer of labour with over 10,000 staff in his payroll across the country; a consummate investor with identifiable investments; an international consultant, innovator and inventor of repute, will certainly have no qualms achieving same feat.

“If truly Prof Ibe had no electoral value why is PDP so intimidated that they are arm-twisting his landlord to evict him from his campaign office, albeit through the backdoor? Why are they dissipating energy and losing sleep because of somebody without electoral value?”

Professor Ibe who accused Ikpeazu of overrating himself said that the Governor’s true popularity would be determined at the forthcoming Abia South senatorial poll where he is a contestant.

“Governor Ikpeazu should not forget that his true popularity and electoral value will be put to test in February 2023 when his Abia South senatorial constituents will use their votes to show him how unhappy they are for his disappointing outing as Abia Governor.

“Unfortunately, there wont be any godfather to deliver him, as was the case in 2015 and 2019. A crushing defeat awaits him at the poll because Abia South that produced the Only Voice for South-East in the current Senate cannot afford to substitute their ‘First Eleven’ with a man whose only known achievement as Governor is to tour around the world with Wike.

“Ikpeazu and his attack dogs should not forget that the 2023 elections will not be like the 2015 and 2019 polls where the magical Obingwa results gave him controversial advantage over other contestants.

“Thank God for the New Electoral Act that led to the introduction of BVAS by the Independent National Electoral Commission, INEC. Votes will now count! There won’t be any place for magical results any more!”

The APGA governorship candidate accused Ikpeazu of under-performance and urged him to take constructive criticism in good faith instead of being deceived by sycophants.

“Truth is bitter but must be told. Ikpeazu should stop living in self denial and illusion about his scorecard. Only sincere men like Prof Ibe can tell him that Abians are not impressed with his achievements in office in the past seven and half years. The governor should not be deceived by the cosmetic accolades of his bootlickers and praise-singers.

“True Abians are ashamed of the current state of affairs in our dear state especially compared to the on-going transformations in neigbouring states, particularly Ebonyi State.

“It took Ikpeazu seven and half years to build one ‘flyover’ in Aba but his friend Nyesom Wike told him that by February 2023 the 12th interchange, not flyover, built by his administration will be inaugurated in Port Harcourt.

“Already, Ebonyi that was carved out yesterday from Abia without any 13% Oil derivation revenue has commissioned over 20 interchanges of different kinds, including diamond, loop and directional. But with only one ‘flyover’ in Aba, Ikpeazu wants Abians to be clapping for him for making us ashamed of being called Abians in public.”

The APGA governorship candidate said that Gov. Ikpeazu’s administration had no basis to boast when the only oil-producing area in Abia had no motorable access road.

“In case Ikpeazu doesn’t know but we need to remind him that the entire Ukwa land, the only oil-producing area in Abia that made us to qualify for 13% Oil Derivation Fund, has no motorable access road. All the roads leading to and within  Ukwa have completely collapsed yet Ikpeazu boasts of electoral value.”

Professor Ibe said that Abia would reject anyone “anointed by Ikpeazu” as his successor in 2023, claiming that the people are united behind him (Ibe) in the efforts to rescue the state.

“Ikpeazu should know that Abians irrespective of their political differences, are wiser and tired of the old order. They are united in their quest for a New Abia, and so far, they have identified Professor Greg Ibe as a man destined to change the narrative.

“This is simply the reason for his swelling support across the state, and come 2023 governorship poll, APGA will sweep the entire state to commence the rebuilding of Abia State after eight years of Ikpeazu’s disastrous outing.”