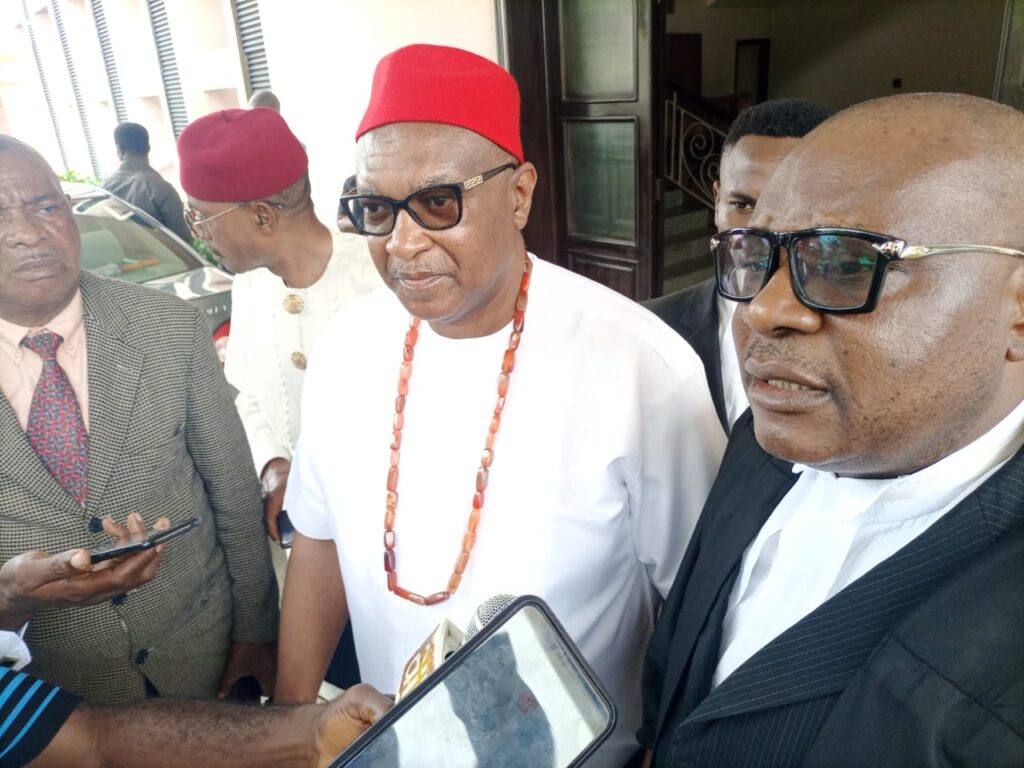 The Supreme Court may soon be the next battle ground for the legal tussle over the Abia State governorship ticket of the All Progressives Congress, APC, as one of the aspirants,  Chief Dan Eke, has rejected the judgment of the Court of Appeal sitting in Owerri, which affirmed the candidacy of Chief Ikechi Emenike.

Chief Eke, vowed to drag Emenike to the apex court, insisting that his emergence was in clear violation of the party’s directive.

Ikengaonline had reported that Chief Emenike and Dr Uche Ogah who emerged in  parallel primaries both laid claims to the party ticket but the national leadership of APC and the Independent National Electoral Commission, INEC, recognized Emenike as the party’s flag bearer.

Dissatisfied with the development,  Eke approached the Federal High Court sitting in Umuahia to seek the nullification of the primaries and a fresh primary conducted.

The Umuahia Federal High Court presided over by Justice Evelyn Anyadike, however, affirmed Emenike as the authentic governorship candidate.

The court had ruled that Eke lacked the locus standi to challenge the outcomes of the May 26 parallel governorship primaries that produced two candidates as he did not take part in them.

However, another Federal High Court sitting in Abuja presided over by Justice Binta Nyako, declared Ogah the authentic candidate and ordered INEC to recognise him as such.

Chief Emenike has since appealed the Abuja High Court judgement.

But delivering judgment on the appeal by Eke, Justice Pemu Rita Nosakhare, of  the Court of Appeal sitting in Owerri, upheld the candidacy of Emenike.

The court, however, overruled the federal high court Umuahia on the issue of locus standi, declaring that Eke has locus on the matter.

Reacting to the judgment, Eke in a press statement issued Thursday in Umuahia, said he was not satisfied that the Appellate court upheld Emenike’s candidacy.

He vowed to move on to the Supreme Court until he gets justice.

Eke, however, commended the court for declaring that he had locus in the matter, arguing that it was wrong for the lower court to say that somebody who spent a whopping N50 million to purchase form does not have locus in the election.

“This is good for us because it shows that we now can approach the Supreme Court to invalidate Emenike’s candidacy,” Eke said.

The appellate court had declared that Eke “showed evidence to prove that he is a card-carrying member of APC, having registered in his Igbere Ward.”

It further affirmed that having paid N50 million  for the party’s nomination and expression of interest forms, he became a governorship aspirant, hence, he had the locus standi to prosecute the matter.

Eke’s lawyer, Chief Obinna Nkume, had in an interview, said that it was a wrong decision by the court to award a judgment to Emenike, who was the second respondent in the suit, whereas he did not ask for it.

He said that with the issue of locus standi resolved in his client’s favour,  the coast had become clearer for Eke to get the Supreme Court to adjudicate on his originating summons.

The Counsel argued that Emenike’s primary election was conducted in contravention of the Electoral Act and directive of the National Working Committee (NWC) of APC.

The Counsel further said that the Independent National Electoral Commission (INEC) posited in court that it did not monitor the Emenike’s indirect primary as provided by the Electoral Act.

Nkume expressed hope that his client would get justice at the apex court.