By EditorDecember 3, 2022No Comments2 Mins Read 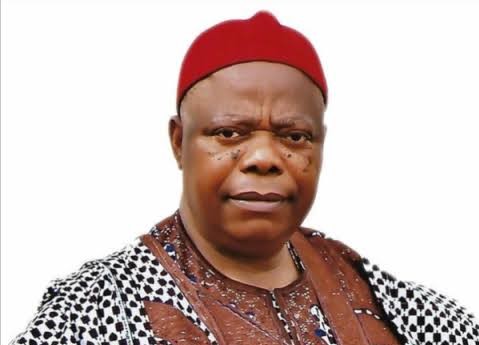 The All Progressives Grand Alliance (APGA) Presidential candidate in the forthcoming 2023 general election, Professor Peter Umeadi, says his party has the capacity to reposition Nigeria in 4 years, if elected.

Prof. Umeadi stated this while speaking to journalists in Agukwu Nri, his hometown in Anaocha Local Government Area, Anambra State. He boasted that he remains the only candidate that can turn around the fortunes of the country if finally elected as president of Nigeria.

On his readiness for the forthcoming general election, the APGA presidential candidate noted that he remained the solution to the political problems of Nigeria if South-East should be allowed to produce the next President of the country.

“In politics of today, the South-East should be allowed to produce the next president. I want to state it here that APGA is the only party that can reposition Nigeria. For you to see the way things are going in this country, the best thing is to have APGA at the helm of affairs and be rest assured that the party will deliver.”

Prof. Umeadi said he joined politics with singular ambition to contribute in his own little way to the development of the country. “I want to be President of Nigeria to implement policies and not to impress anybody. I have pledged that I will remove my personal interest from the picture in its entirety in the course of my official duties if elected. Nobody is perfect, but I want to be remembered as a saint when I finish,” he said.