By EditorDecember 3, 2022No Comments3 Mins Read 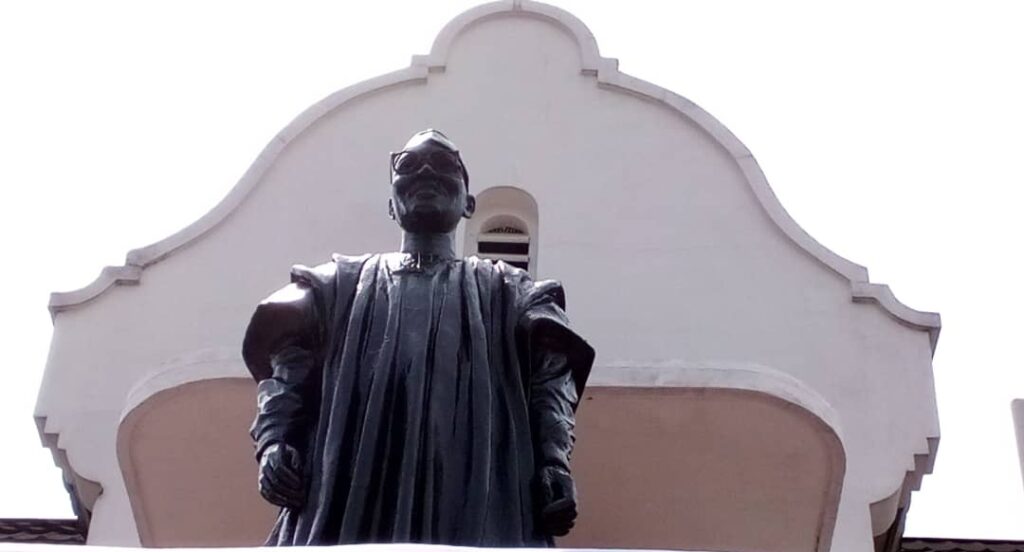 He said this in Enugu while inaugurating the, Dr Nnamdi Azikiwe Centre for Historical Monument, an old Premier Lodge of the Eastern Region, situated in Enugu.

The centre is meant to host among others: Zik’s interviews; showcase of his leadership qualities; exhibition of his life; scholarly awards; media releases in form of documentaries and movies; and his dressing.

The governor said the center was conceived to serve as a historical, educational, cultural and tourist monuments in honour of the great Zik of Africa.

Ugwuanyi said he was pleased that his administration came up with the idea which started five years ago.

According to him, there was the need for people to appreciate past leaders for their contributions and efforts for the well-being of the country.

According to him, the place served as office of the Great Zik of Africa, while the other side was his residential home known then as, Premier Lodge.

Agu said the centre would preserve the lyrics and history of the Premier of the then Eastern Region, adding that, the corporation had placed high premium on preserving his relics such as, shoes, eye glasses and cloths.

“ESHDC is highly privileged and excited to be part of this memorable and historical project,” he said.

Achebe said the centre would help to uphold the legacies of their son, Owelle of Onitsha.

He stressed that the gesture was not ordinary, particularly in Nigeria where people easily forgot the efforts and suffering of past leaders.

“Children coming behind us will not know about Nnamdi Azikiwe, Obafemi Awolowo, Michael Okpara and others unless they visit centres like this to appreciate their efforts, legacies and philosophies.

“With this, they will emulate their leadership principles and sense of humanity, so that in future more like them will emerge,” he said.

“It is the worst policy decision a nation can make by denying their people the knowledge of their history and place.

“It is a common knowledge that the most effective way to conquer a nation is not by physical army like Russia, the real conquest is when you deny people the sense of their history, language and culture.

“That was what Colonial Masters did to us but Zik and others fought for it but we Nigerians subsequently denied ourselves history,” Achebe said.

Prof. Uche Azikiwe, wife of the late sage, speaking on behalf of the family, said the family would not forget what the governor did for them.

“The centre is going to be a legacy project in Enugu and a centre where anybody visiting Enugu will come to see as well as tourist attraction for many,” she said.