By EditorDecember 5, 2022No Comments6 Mins Read 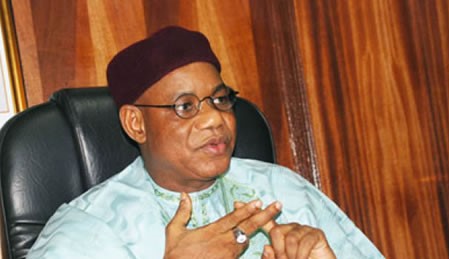 For refusing to participate in the town hall meetings or media debates organised by credible institutions, the New Nigeria Peoples Party (NNPP) Monday told the ruling All Progressives Congress (APC) that they would definitely meet Nigerians during voting.

The NNPP National Chairman, Prof. Rufai Ahmed Alkali, stated this in Abuja while briefing the media.

According to him, the APC National Leader and its Presidential Candidate, Asiwaju Bola Ahmed Tinubu, was avoiding debates or organised town hall meetings for two reasons. He gave the reasons to including his (Tinubu’s) inability to withstand long engagement or that he would be confronted with the questions on the abysmal failure of his party as National Leader.

It would be recalled that the APC presidential candidate had avoided all organised town hall meetings or debates that involved Nigerians.

Tinubu did not attend the Nigeria Bar Association conference he was invited to; the Lagos Chambers of Commerce and Industry; the Arise TV debate and Town Hall meeting; and National Peace Accord. The only engagements Tinubu had attended with Nigerians were the meetings of the Arewa Consultative Forum and the Christian Association of Nigeria (CAN).

However, Tinubu’s media handlers had severally said that Tinubu was not obliged to attend town hall meetings or media debates.

He however stated that a Presidential candidate can also refuse to attend a town hall meeting or media debates if he was convinced that it would not add to his campaign or victory.

“We are very thorough, we are more organised than what they are doing. So everything you see is systematic. For the past forty to sixty days, Dr Musa Rabiu Kwankwaso has been going round this country on a familiarisation visits long before INEC lifted the ban on campaign and we felt that as a leader, it’s good for him to re-engage Nigerians, not to go and seek for their votes, no, no, no.

“Let him engage them, see them, commiserate with them, then, of course  open offices in the states and he has done that thoroughly.

“Now you can see those people did not do that. So everywhere they go, they are stoned, people are throwing stones at them because they are after breaking this country all these years. They want to come and take their votes again and continue with the same thing. It’s not going to happen because Nigerians have shined their eyes now. No decision do we take without consulting the people but that of other parties, they are in a hurry to take power. In fact, they feel that February 25 is too far, some of them would like to be anointed today as president of this country. Some of them cannot even attend debates.”

Asked about the feelings of the NNPP on the absence of APC Presidential candidate from town hall meetings, the NNPP National Chairman said: “Apart from Arise TV, there is the CDD, a highly respectable organisation and virtually all the media organisations in the country, so this is an open forum. It’s very clear. So why can’t you go and talk, say something, even if it’s not clear, people will get something out of you. But you preferred to jet out of the country. So this is a different issue. This is not the first time, not the second time, it has been like that. You can assume that most of them do not have the power to rule the country. Two, they are also ashamed of what they have done. You can’t call yourself the leader of a party for eight years and now you want to rule the country, you cannot come and tell Nigerians what you have done during the eight years. You are the leader of the party because, you have, for the first time, in the history of the country, a president different, and the leader of the party different. Now the person who is invited is the person who is the leader of the party, come forward, you say no, he is out of the country. So people are waiting for him, if he doesn’t come for debate, he will come for election.”

According to him, that was the reason that the adopted Alhaji Atiku Abubakar as the consensus candidate for the North.

He said, “As far as NNPP is concerned Northern Leaders Consultative Forum (NLCF) is unknown to us. And there was never a time we had any interface with the group.

“As a matter of fact, some politicians led by Former Speaker, Yakubu Dogara and former SGF, Babachir Lawal came to us, sometimes ago under a Christian religion banner, claiming marginalisation by their Party, At the time nobody ever mentioned any group called Northern Leaders Consultative Forum to us. With the benefit of hindsight, we noticed some elements of insincerity in their activities. It appears, they came to NNPP on a window shopping, desperately searching for refuge.

“For Yakubu Dogara and his co-travelers to turn round and accuse our Party and our Presidential candidate, His Excellency, Sen. Dr. Rabiu Musa Kwankwaso, of not laying before Nigerians “their action, plan 90 days to election,” clearly showed that the group was working to predetermined answer.”