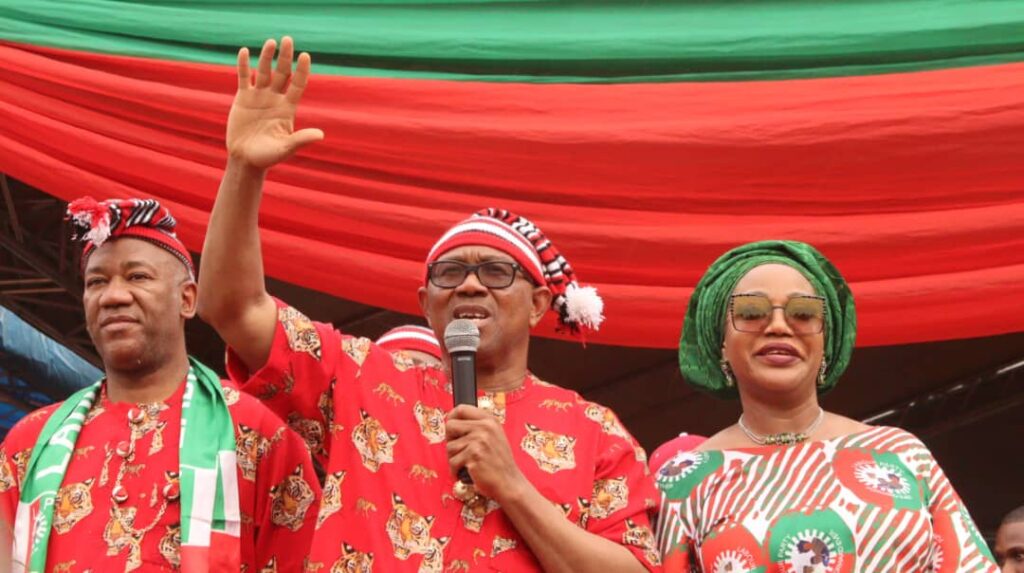 A massive crowd on Tuesday shut down Imo State to welcome the Presidential Candidate of the Labour Party, Mr Peter Obi.

The presidential campaign rally was held at the Kanu Nwankwo Sports Stadium located at the back of the Imo State University.

Labour Party supporters, motorists, and residents from Imo communities were seen trooping out to the venue in solidarity with the presidential ambition of Obi.

As part of the boost to the visit of Obi, there was what many described as a welcome drama where the Governor of Imo State, Hope Uzodimma, and Obi arrived at the airport almost at the same time.

The duo of Obi and Uzodimma met at the Sam Mbakwe Cargo Airport Owerri, where they exchanged pleasantries at about 12:30pm. They were said to have arrived simultaneously.

It was gathered that Governor Uzodimma was returning to Imo while Obi, arrived the state to continue his presidential campaign rally. 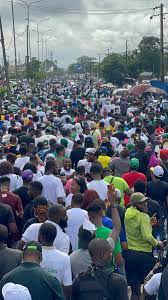 Speaking at the rally, Obi said: “We will change Nigeria to become a country where people will have jobs and where young people with energy will be part of governance in the country. Also, My government will sit with lecturers and negotiate so that anything that has to do with strikes is completely eradicated.

“Education and health sectors are part of the ways to know a developed country and a non-developed country, so we are going to invest in education to move the country forward. We are not here to talk of fake promises, Our administration will ensure that Imo State will surely export both palm oil and cassava, as part of our plans to have a production economy and not a consumption economy.”

He continued: “We assure Imo people we would come back to Imo. Any programme we are doing, we would do it from here. Imo Government receives a statutory allocation from Abuja, 70 to 80 billion Naira; some even receive more than that from the Federal Government.

“Imo State has great potential, today Imo State can export palm oil, they have Adapalm, they can export petroleum, we will go back to agriculture, our people can no longer be hungry

“We assure you that we will export oil from Owerri to Port Harcourt, we will prioritise export, and we would make sure that young people who have energy would be able to participate in running the government.

“My deputy was a senator, he did not steal money, go and verify,  that is why we are tired of those people in government stealing money,  if you find out that I allocate a piece of land to myself or wife, I will stop running, I don’t run contract,” Obi assured.

On the issue of insecurity, he said: “I will stop insecurity, vote for our candidates in all the positions, we would help repair the State and end insecurity.”

Earlier in his remark, the Vice Presidential Candidate, of the Labour Party, Yusuf Datti-Ahmed, said,” There is no other name that rings a bell in the ears of the Northerners than Obi because of his capacity and competence. Nigeria must be rescued, and secured and must progress under Obi. Nigeria will move from consumption to production and Nigeria must win the war by bringing power to where power is desired.

Also, the Director General of Peter Obi campaign council Mr Doyin Okukpe, said: “Nigerians are happy that God has given them a son ready to wipe away their tears and change the country positively. Nigerians love Obi because of his acceptance, character and pedigree while urging all to rally around him and vote him into power for the good of the country.”