By EditorDecember 8, 2022No Comments4 Mins Read 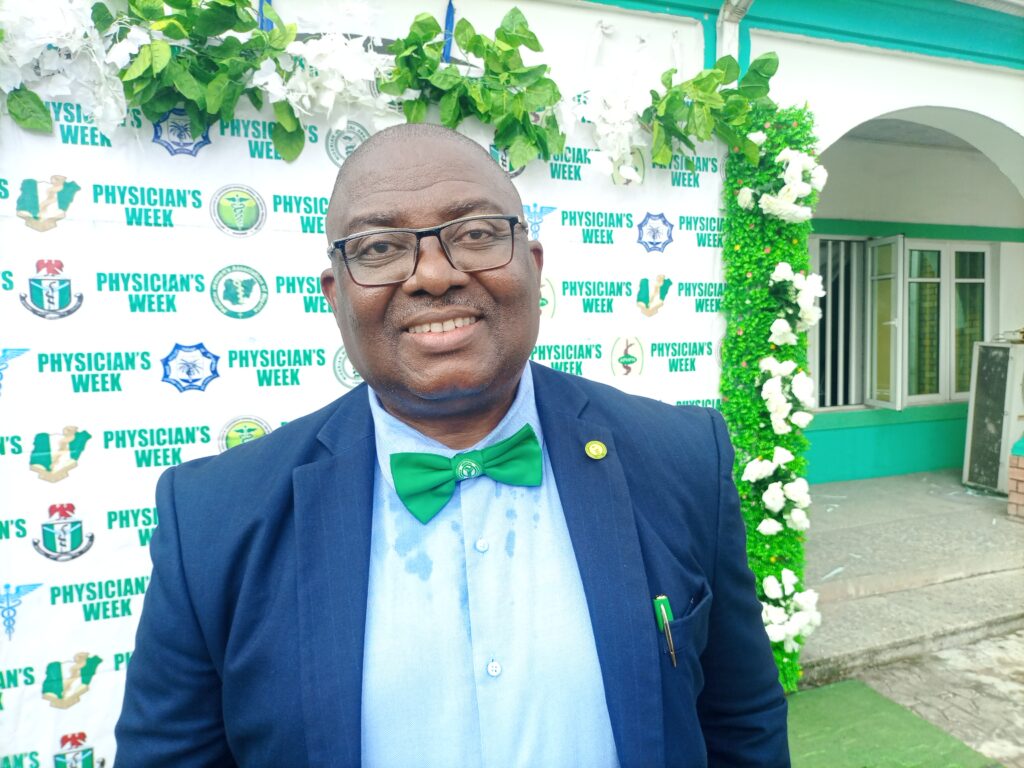 A number of quack doctors and dentists were Thursday, arrested when the Nigeria Medical Association (NMA), task force on quacks raided clinics and maternity homes operated by quacks and impostors in Aba, the commercial centre of Abia State.

The raid followed series of complaints about their criminal activities and months of surveillance by NMA.

Ikengaonline reports that a detachment of police personnel from the Area Command Aba accompanied the task force during the raid.

Addressing newsmen during the operation, Chairman, NMA Committee on Discipline, Medical Ethics and Quackery, Dr Eze Eze, bemoaned the activities of quacks in the state, particularly Aba which he described as the headquarters of quack doctors.

He said that many unsuspecting patients had died in the hands of quacks, and vowed that Abia would henceforth be made to hot for quacks.

This is as the Nigerian Dental Association (NDA), has regretted that 95% of places known as dental service clinics in Aba are managed by quacks who never received  any form of medical training.

Chairman of NDA, Abia State, Dr Innocent Iwegbu, who disclosed this during the raid, said quacks would no longer be allowed a breathing space in any part of Abia.

Just as Dr Eze issued a quit notice to all quacks operating in the state, declaring that either they shut down or brace up for hard times.

“It will no longer be business as usual as we have taken the bull by the horns to save lives by clamping down on such places. The perpetrators will be prosecuted  according to the law.”

He noted that there is always complications resulting from poor management of health cases by quacks.

“A lot of maternities here deliver babies and do surgery and when there’s a problem that requires oxygen they cannot afford it and the person will die.”

“Those who have tooth problems here will go to quacks to remove their teeth and in the process of doing so, they’ll die there while others have sustained infections that led to their deaths two to three weeks later.

“They employ other quacks and groom their relatives to keep expanding. So, what we’re doing now is that when we get any of them, we arrest and hand them over to the police for proper prosecution.

“They must tell us their details and how they got registered as doctors and the limits of their practice. By law, nobody should open a hospital without a certified doctor who took an oath of office and who will be liable to man the place.

“For the last three weeks, since I’ve been appointed because I’ve not been based in Nigeria for a long time. Although when I was here initially as at 1999 I started looking into this. I later travelled and returned a few years ago,” he said.

The NDA boss who also described Aba as the headquarters of quacks, said that any quack dentist found operating in the state would be severely dealt with.

“Aba is their headquarters because it’s a bigger city than other parts of the state. It’s on record that 95% of so-called dental service clinics in Aba are all quacks that’s why we see it fit as a duty we owe our people to save them from these quacks.

“Weekly, I’ve been receiving complaints from patients that have been messed up by these quacks here in Aba in particular so we felt that we owe the populace the duty of warning them and clamping down on those that are involved.

“Some of them have been identified and when I discovered some of them when I got their numbers I called them to desist from what they are doing here in Aba, but they refused. Some I’ve not been able to see them so we have decided to launch an attack on them to save Aba people who are still alive as many have died from the hands of these quacks and we’re here to end it.”

The NDA boss said that the raid would be extended to other parts of the state in the days ahead until Abia was rid of quacks.

Adding his voice, former NMA Secretary, Abia State, Dr Ken Ngwaogwu regretted that many people who parade as doctors in Aba did not undergo any form of medical training.

He further regretted the image damage the quacks were giving the medical profession.

“Our people are not getting the best services and the image of our profession is being dragged to the mud. Some of them never passed through the four walls of any University.”

Meanwhile, the arrested quacks were handed over to the police for prosecution.