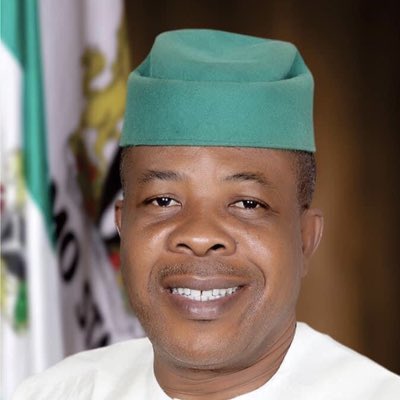 The Imo State chapter of the Peoples Democratic Party, PDP, on Thursday officially inaugurated its presidential campaign council, PCC, with former governor of Imo State, Emeka Ihedioha, as the chairman of the campaign.

The inauguration was conducted by the state chairman of the party, Charles Ugwu,  at the PDP state secretariat along Okigwe Road in Owerri.

This came after the controversies that stalled the earlier plan to inaugurate the PCC, last month. This time, the party through what was described as a “harmonisation of the list” were said to have concluded that Ihedioha becomes the chairman of the council and Greg Egu, as the Director General of the PCC.

It was different from the earlier arrangement where it had Charles Ezekwem, a former state chairman of the party as the DG of the PCC.

According to Ihedioha, “We are proud to be inaugurated today. We accept to work for our presidential candidate, Atiku Abubakar, and his running mate, Senator Ifeanyi Okowa. We have an arduous task. In the last presidential election, PDP polled 67% of the total votes cast in Imo State, and in the election, before that one, we got 93%. In the last election, we delivered for Governorship.

“When we were in government, we granted autonomy to the local government system, restored confidence in governance and paid pensions, thereby alleviating poverty in the state. These are the credentials we are taking to Imo people. PDP has the best message in Imo. Our vice presidential candidate is a full-blooded Igbo man. So we have a stake in this election. Imo is a PDP State.”

Adding his voice, Egu said: “If we elect a PDP President, nobody will kick us out of office after seven months. If we deliver a president, anyone who wins the ticket of PDP for Imo governorship will move straight to Douglas House.”