By EditorDecember 9, 2022No Comments3 Mins Read 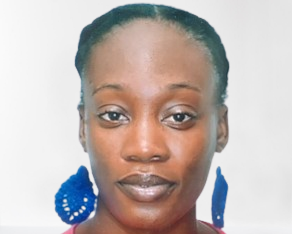 Media Rights Agenda (MRA) Friday called on the Federal Government to take decisive action to combat corruption in Nigeria by empowering citizens with information through the effective implementation of the Freedom of Information Act, 2011, in order to engender transparency and accountability in governance.

In a statement issued in Lagos to commemorate this year’s International Anti-Corruption Day (IACD), MRA’s Programme Officer, Ms Maimuna Momoh, said: “The pervasive corruption in Nigeria is  undermining democracy in the country, subverting electoral processes, perverting the course of justice and the rule of law, exacerbating poverty and economic underdevelopment,  and not only sabotaging the war against terrorism and violent extremism but actually aggravating the conflict by providing funding for it to destabilize democratic institutions.”

According to her, “if effectively implemented, the Freedom of Information has the potential to rein in the rampant corruption in the country as it would instill transparency into governance, enabling citizens to hold public officials and civil servants accountable for their fiscal decisions and actions as well as the performance of other aspects of their duties and functions.”

Ms Momoh noted that in recognition of the role of access to information in combating corruption, the United Nations Convention Against Corruption (UNCAC) identified various categories of information that should be made publicly available to enable the fight against corruption and ensure effective government accountability.

She also observed that this year’s International Anti-Corruption Day seeks to highlight the crucial link between anti-corruption and peace, security, and development while making the case that tackling the crime of corruption is the right and responsibility of everyone, and that government officials, civil servants, law enforcement officials, media representatives, the private sector, civil society, the academia, the youth and the public all have a role to play in uniting the world against corruption.

Ms Momoh however argued that without an effectively functioning Freedom of Information framework, most of these identified stakeholder groups, particularly media representatives, the private sector, civil society, the academia, the youth and the public, cannot play a meaningful role in stamping out corruption.

She expressed disappointment that despite the strong anti-corruption platform upon which President Muhammadu Buhari ran for election to the office of President over eight years ago, his administration had not demonstrated any decisive or concerted effort to ensure the effective implementation of the FOI Act as most public institutions and officials in his government have continued to disregard and violate the provisions of the law with impunity.

Ms Momoh therefore called on the Buhari Administration to take urgent measures in its last few months in office to ensure full compliance with and the effective implementation of the FOI Act by all public institutions in order to leave a more positive legacy in the fight against corruption in Nigeria.