Breaking: 3 gunned down as hoodlums attack INEC headquarters in Imo

By EditorDecember 12, 2022No Comments2 Mins Read 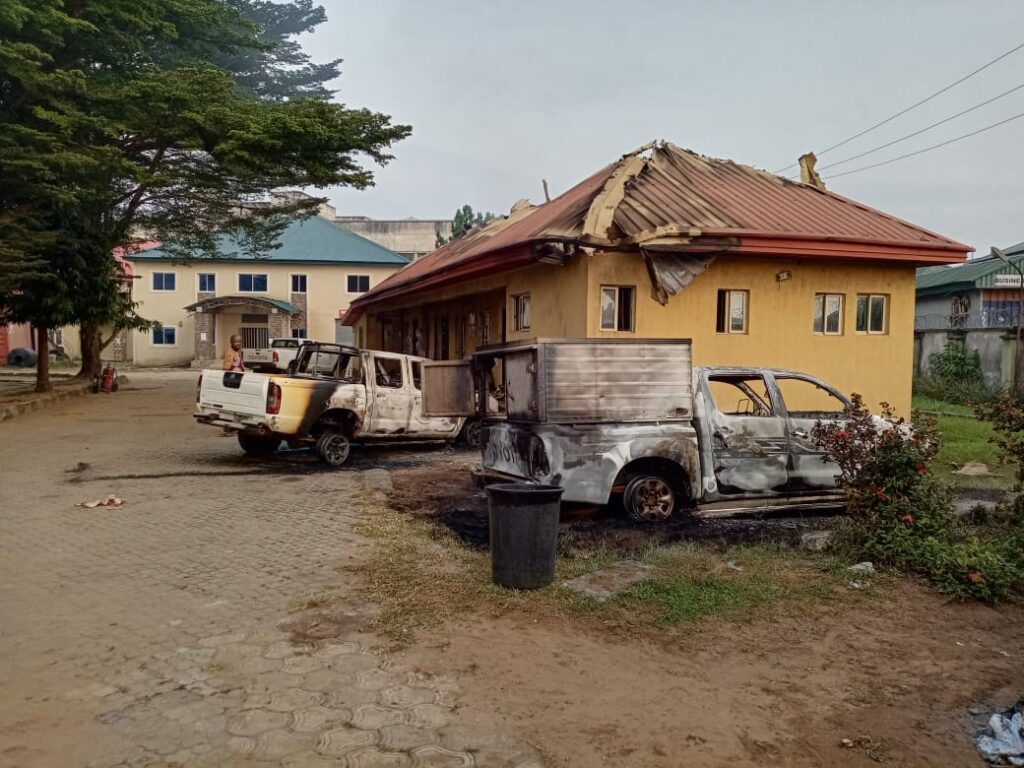 The attack was said to have happened between 2 am to 3 am on Monday.

But she said only the building of the Election and Political Party Monitoring Liaison, and part of the main building were attacked.

According to the PRO, “It happened. You can come and see things for yourself. Not all the offices were attacked but one side was completely down. The Election and Political Party Monitoring Liason, building was attacked, and part of the main building.”

However, eyewitnesses said the hoodlums who were in a convoy of more than five vehicles “moved from Okigwe road shooting sporadically and scaring the residents.”

Vehicles and offices were set ablaze by the hoodlums.