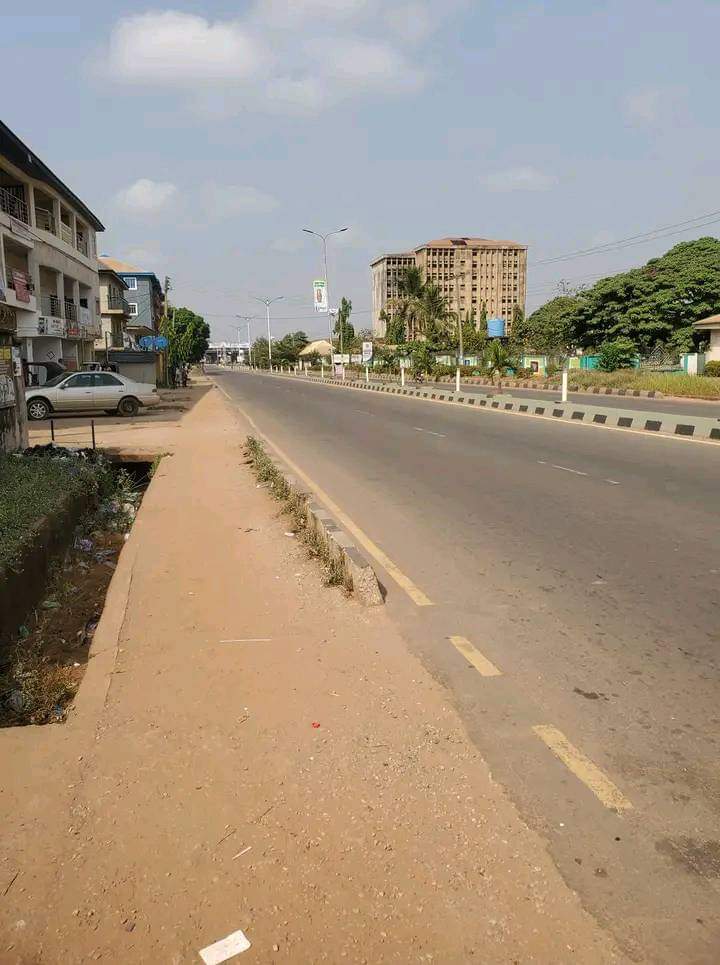 The situation has reportedly led to a rowdy situation in the city with traders forced to close their shops and retire to their homes.

Many others took refuge in hotels and anywhere they could find for fear of running into the gunmen.

Unconfirmed reports say the gunmen have set ablaze a section of Ahịa Ofú market located along the Abakaliki-Enugu Highway.

A source, who pleaded anonymity, said he had to run into a hotel to take refuge.

“I am taking refuge in a hotel now. I went to buy a recharge card opposite the Government House when I saw people running.

“People hurriedly parked their things inside their shops while traffic policemen on duty opposite the Government House immediately changed their clothes.

“I drove out of that area following heavy gunshots to Kpirikpiri where the road is deserted. People have parked their things inside their shops along that old Enugu Road. If you are still in your houses, remain there until calm returns,” the source said.

Another source said he had to run to a friend’s house for safety on hearing gunshots.

“I am also taking refuge at my friend’s abode. I ran from site (mechanic village), just before Spera-in-doe junction, I heard gunshots and people were running for safety. I managed to get to Agwu street from Convent Road,” the source said.

The incident is suspected to be the action of separatist groups who had declared a five-day sit-at-home order from Friday last week which was ignored by residents of the city.