By EditorDecember 12, 2022No Comments2 Mins Read 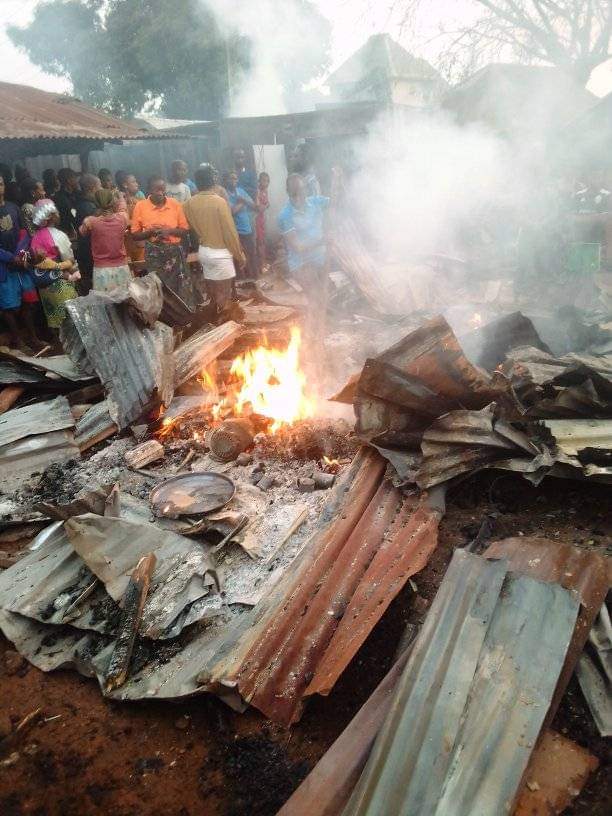 It was gathered that a large portion of the market was completely burnt to ashes in the early hours of Monday morning.

Our correspondent gathered that the fire incident started around 2:am and destroyed goods worth millions of Naira.

Many traders who lost their goods lamented the loss and called for help from both the State and the Federal Government.

One of them, Emmanuel Merit, said his mother’s shop was burnt with all the goods.

“We sell food stuff in the market and my mother’s shop was among those burnt.

“I got a call that the market was on fire but before I could get there the shop was already destroyed.”

He said over 20 shops were destroyed before Fire Service arrived and put off the fire.

The Chief Fire Officer in the State, Raphael Ibiam, confirmed the incident.

He blamed the fire on power surge in one of the buildings and warned residents to always put out all appliances they are not using.

He also advised residents especially traders and shop owners to buy and install fire extinguishers to help put out  fire before it gets out of control.

“We received distress call around 2:15 am and quickly mobilised to the market. It has already spread to many shops when we got there.

“We managed to control and put it off around 3 am. We are suspecting that it might be as a result of fire surge.

“Traders should try and put off all electrical appliances they are not using. This is the third fire incident in recent times that is suspected to have been caused by power surge.

“Also, we have been advising traders to get fire extinguishers. This will help them to control or even put off the fire before Fire Service gets there. But they have always remained adamant about it.

“They should know that it is for their own good. A good extinguisher is about N10,000 or N12000. It is better to spend that amount to secure your premises and goods than to lose millions,” he said.