By EditorDecember 15, 2022No Comments3 Mins Read 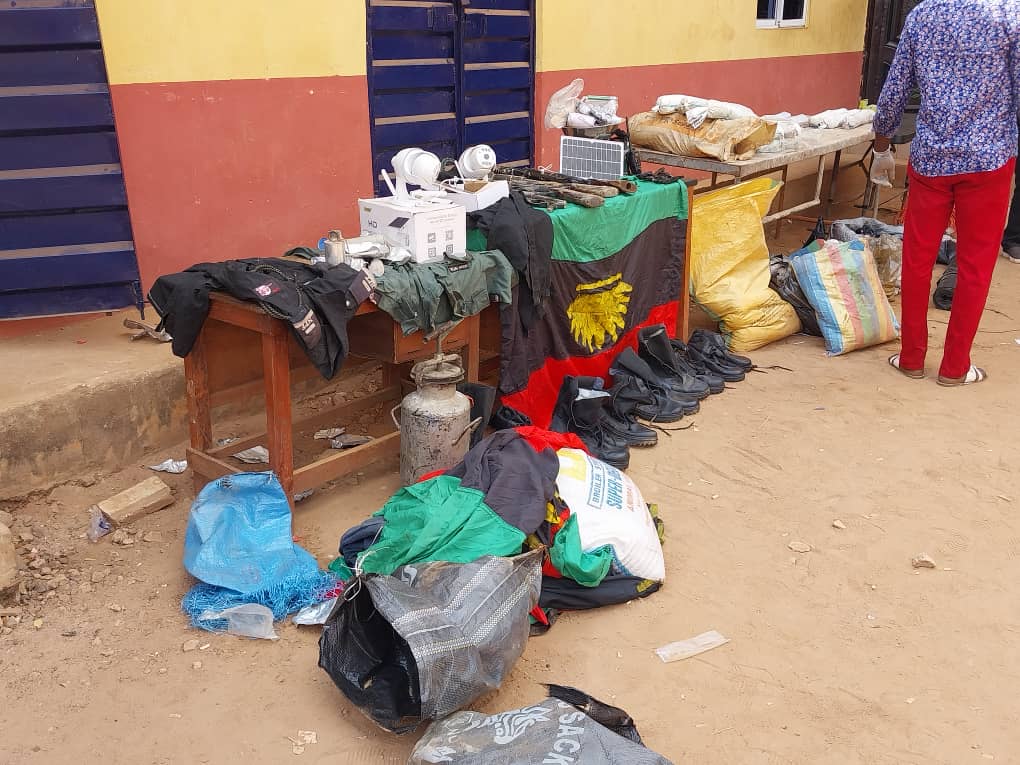 The Police in Ebonyi State says it has uncovered the biggest bomb factory in the South-East operated by the Indigenous People of Biafra (IPOB) and its militia arm, Eastern Security Network (ESN).

Police spokesperson in the State, Chris Anyanwu, stated this in a statement on Thursday in Abakaliki, capital of the State.

He said the discovery followed an operation carried out by the Police during which its operatives engaged in a gun battle with IPOB/ESN members leading to the death of two of the separatist group members and arrest of one of the state commanders.

According to him, the Police swooped on one of the biggest and most notorious camps of the IPOB/ESN located at Obegu, a boundary area between Onicha-Isu and Ishielu LGAs of Ebonyi State.

“The invasion of the criminals’ den was necessitated by an earlier encounter between operatives of the Command’s Tactical Teams, sequel to a credible information gathered that the hoodlums were operating/wreaking havoc in the State with a Toyota Sienna space bus which they robbed at gun point from the owner within Ishielu axis.”

“A quick trail and joint effort with a team of detectives attached to Ohaukwu Division led to the arrest of Sunday Ubah a.k.a Bongo, the State Commander of the IPOB/ESN in Ebonyi State.

“The miscreant who gave revealing pieces of information about the activities and modus operandi of the criminals, initially claimed that he is their PRO and native of Umunneochi in Isuikwuato LGA, Abia State.

“However, a scrupulous investigation aided by his antecedents/profile with the Police Command proved that he is a native of Obegu, Onicha LGA of Ebonyi State and indeed the factional Commander of the outfit in Obegu.”

Mr Anyanwu said that the gun duel ensued when the hoodlums were tracked down and pursued along Agba-Isu road on Wednesday December 14.

He noted that a couple of Police operatives sustained minor bullet injuries while two of the hoodlums were neutralized, one (the Commander) apprehended while others escaped with various degrees of bullet injuries.

He noted that following the gun duel, a joint team of the Command’s Tactical Teams, the Military and DSS, armed with credible information courtesy of the suspect, swooped on the houses/residences of the Commander and others.

He said search warrants were executed which led to recovery of massive incriminating exhibits.

According to him, among the discoveries were Improvised Explosive Devices and parts used in making IEDs

“The Police Bomb Expert in the Command described  it as a complete Bomb Factory – the biggest in the South-East and that each of the hand grenades (first of its kind) is capable of causing colossal damage to buildings and mass killing of humans,” Mr Anyanwu said.

“With this achievement, the State Police Command is glad to reassure the citizens of our resolve to stem the tide of insecurity posed by the criminal elements especially during the Christmas/New Year celebrations,” Mr Anyanwu added.