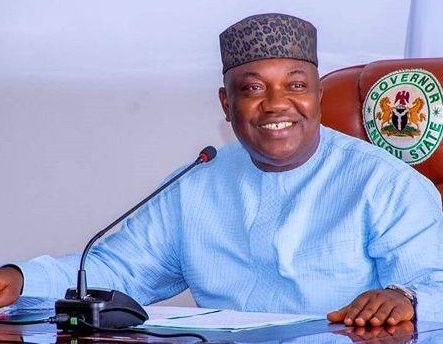 Presenting the budget to the Assembly, Ugwuanyi said he hoped the incoming administration would consolidate on his achievements.

He described the sixth and seventh assembly in the state as the bedrock of his administration because of the synergy and harmonious relationship that exist between the executive and the legislature in the past seven and half years of his tenure.

Ugwuanyi who appraised the performance of the last year’s budget, said that the state would curb the raging insecurity by working in collaboration with security agencies.

On education, Gov. Ugwuanyi said he would be leaving a huge legacy with the establishment of a University of Medical and Applied Sciences, SUMAS at Igboano.

The governor said that his administration spent over a billion naira to support food production in this year’s budget, while the government spent over N500 million on CSDP and FADAMA.

Speaking, the Speaker, Enugu State House of Assembly, Hon. Edward Ubosi, extolled the Governor who he said performed well in all ramifications.

Ubosi particularly thanked Gov. Ugwuanyi for prudence in managing the state resources because, according to him, while other state governors were busy borrowing money to finance projects and put future administrations in debt, Ugwuanyi would not indulge in such financial recklessness.