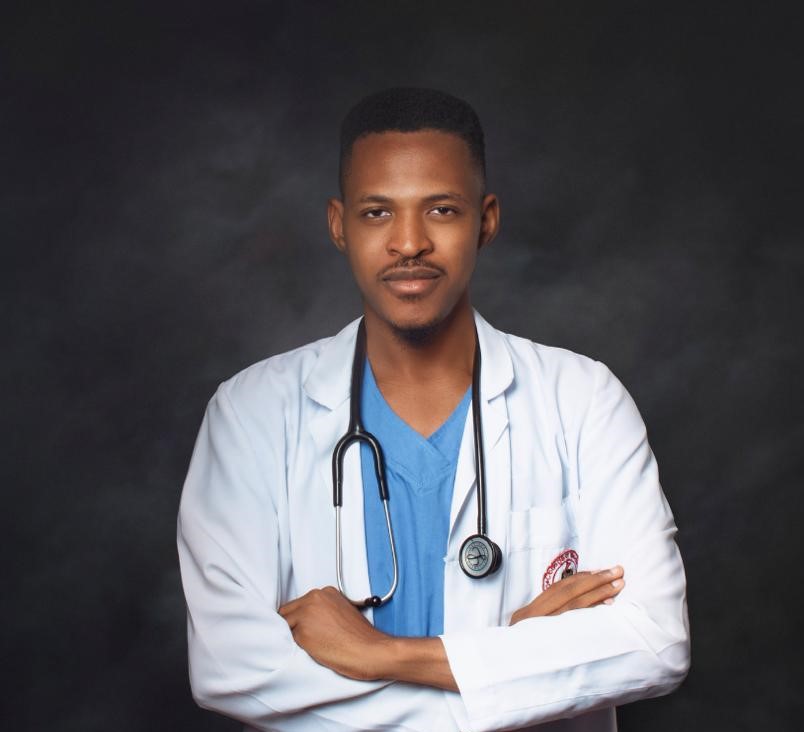 Dr. Chibuzo Makata has emerged the Valedictorian of the University of Ibadan medical school class of 2022 popularly known as Titanium “22 class.

Dr Chibuzo Makata has, however, lamented the mass exodus of Nigerian Doctors to foreign countries in search of greener pastures.

He made the statement in an exclusive interview granted to Ikengaonline in Enugu recently.

According to him, the situation if not addressed, could potentially hinder Nigeria from achieving the United Nations Sustainable Development Goals (SDGs) in 2030. Makata, also known as Nwa Priscy, believes, however, that the situation could quickly turn around for the better if the government could pay a little more attention to the plight of young doctors who today feel like the system is rigged against them in their fatherland. One way he said, is to increase both state and federal budgetary allocation to the health sector as well as improve the overall working conditions of healthcare workers in a manner consistent with global best practices.

In his speech during the induction ceremony of the young doctors held at the University College Hospital(UCH) Ibadan, on Monday, December 12, the Enugu-born Dr. Makata thanked the Provost, Dean, Faculty members and his colleagues in the graduating Class of TITANIUM ’22 for finding him worthy of the honor.

He described what it was to be in the medical school and the sheer volume of work involved but thanked his family for the un-quantifiable support and his colleagues for the camaraderie which enabled them to smile through their good and bad times, successes and failures.

Dr. Makata who graduated on top of his class, also harped on the importance of “work-life” balance and talked about how he made it a point of duty to engage in several volunteer opportunities notably with Enactus UI, Clean city initiative and several medical outreaches among others, in the midst of his tight academic schedule.

“I was also the academic coordinator for the Federation of Catholic Medical and Dental Students (FECAMDS), the University of Ibadan Chapter,” he said.

While in school, he was nominated by AFRIhealth/FAIMER for a programme in Interprofessional collaborative practice in Kenya as well as the YALI leadership program.

He was grateful to SHELL/SPDC, SNEPCo, Chevron scholarship  programs which he benefited from and which according to him, helped a lot in offsetting the huge cost of medical school education and training.

Chibuzo enjoys hanging out with friends, drawing, surfing the Internet, playing football among others.

“I’m an easy-going person. I like to explore new destinations, and I love to make new friends,” he said.

On his long-term goal, Dr. Makata hopes to pursue a career in the medical sub-specialty area of Hematology-Oncology and is interested in cutting-edge research. His vision is to become a world class Hematology-Oncologist tackling cancer and diseases related to blood.

When asked the advice he has for his fellow graduates and other young Nigerians, he had this to say: “Nigeria will be better but the change begins with everyone getting involved. We all have to do our part, no matter how small. Even as we sojourn to develop our skills or travel abroad for greener pasture, may we never forget our roots and humble beginnings.”