By EditorDecember 16, 2022No Comments3 Mins Read 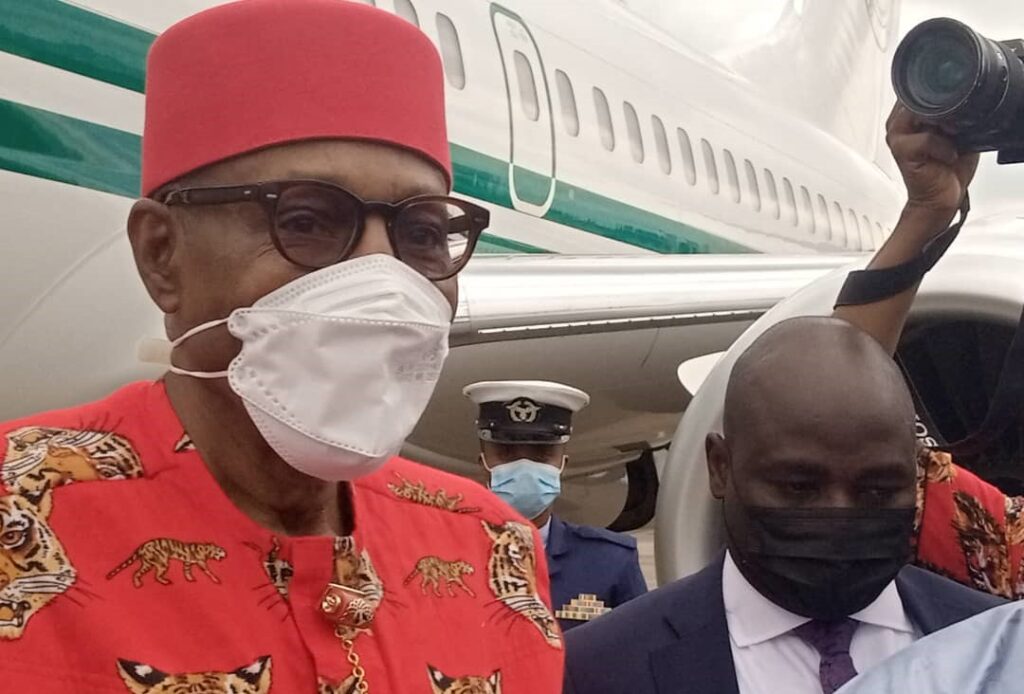 The apex Igbo socio-cultural organisation, Ohanaeze Ndigbo Worldwide, has applauded President Muhammadu Buhari for “keeping to his promise by completing the Second Niger Bridge before the expiration of his tenure.”

Ohanaeze in a press statement by its National Publicity Secretary, Dr Alex Ogbonnia, noted that the second Niger Bridge had been a major concern to the Igbo nation for over 50 years.

The Igbo body further noted that the Second Niger Bridge “is a key national infrastructure with immense socioeconomic benefits not only for the contiguous states but for the entire nation.”

Ohanaeze thanked President Buhari for giving attention to the project, saying that the gesture will always be appreciated by the Igbo nation.

Going down history lane, Ohanaeze said that: “The clamour for a Second Niger bridge became necessary shortly after the Nigerian civil war. The first Niger Bridge was commissioned in 1965 and Nigerian war broke out in 1967. The bridge was therefore not exempted from the devastating effects.

“The second Niger Bridge has been a major concern to the Igbo for over fifty years because of two major reasons; apart from the traffic lock jam on top of the bridge, the greatest fear was that the bridge had evidence of cracks such that the stress of weights on the bridge could cause collapse of all the vehicles and their contents into the River Niger with untold consequences.

“Based on the general clamour for a Second Niger Bridge, the former military President, General Ibrahim Babangida, in 1992, challenged the Nigerian engineers to come up with a design of the second bridge. It was believed that upon completion, the bridge would ease traffic flow, allay fears, improve road safety and create greater road user confidence among the commuters.”

Ohanaeze recalled that many administrations had used the second Niger Bridge as a campaign object but failed to deliver on it after getting to power.

“Several administrations had used the Second Niger Bridge as a bait on the Igbo, especially during the political campaigns. When President Buhari promised that he will complete the second Niger Bridge, not many believed, especially when he could not conceal his lopsided political appointments and other resource allocations against the South-East.

A few days ago, the Minister of Works and Housing, Babatunde Fashola (SAN), disclosed that the Second Niger Bridge would be open to traffic from December 15, 2022, to January 15, 2023, to ease the experience of travelers during the Yuletide break. And so, it has come.

“Surely, President Buhari did not start the work on the bridge, but in a country where the abandoned projects far outnumber the completed ones, vital infrastructure that should have been taken for granted are celebrated.

While the Ohanaeze Ndigbo led by Obiozor immensely appreciates Mr President on the Second Niger Bridge, it is hoped that Mr President will use the remaining few months in office to pursue some other transcendental objectives which will write his name with gold in the sands of time.”