By EditorDecember 18, 2022No Comments3 Mins Read 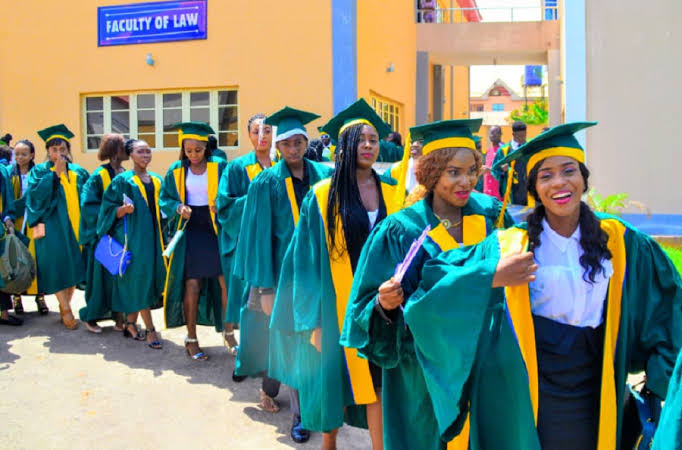 The management of Godfrey Okoye Universty Enugu says that 39 students of the institution have graduated from the British IAUP17 entrepreneurship project in Enugu.

The Vice Chancellor of GOUNI, Prof. Christian Aneke, said that the two centres located in the institution emphasized on practicality – the DNA centre and Centre for Entrepreneurship.

According to him, the project was being funded and supported by the British Council.

He said the students were trained on how to do  organic vegetable, yoghurt and cream, honey, fish and snail training, natural food and other agricultural farming scientifically.

“The idea is to ensure that our students do not graduate without entrepreneurial mindset and business strategy to ensure no student’s life is left untransformed.

“The DNA Centre is an anchored centre for  incubating Science, Technology, Engineering and Mathematics (STEM).

“Beside training, the graduands were taken through research to be able to commercialize their products, from laboratory to the company,” he said.

Anieke further said the University chose to enroll their students in entrepreneurship to make them fit in the world where machines are taken over human jobs.

“For this reason, the Senate of the University approved that every course must have entrepreneurial curriculum,” Aneke said.

The vice chancellor further thanked the  British Council and other partners for their support and funding.

He noted that the British Council instituted IAUP17 project only in GOUNI in the whole of Africa and it  is expected to end by December, 2022.

“So far, 10 business groups made up of three to four students per group have started business in science areas called STEM business.

“We are here today, to witness their formal graduation, adding that they have started their own businesses,” Uwakwe said.

The representative of LSE, Mr Uche Igwe, expressed satisfaction that the project which started not long ago is yielding fruits.

Igwe, who spoke through zoom said he was excited over the partnership between LSE and GOUNI.

He congratulated the graduating students and charged them to good ambassador of the groups, broaden their communities and bear fruits.

Prof. George Udeh, Director, DNALC,  Nigeria, said they were working hard on how Nigerians can benefit from what is going on in other part of the world in terms of training and way of doing businesses.